12 Nov 2014 You Silly Conservatives! You Just Don’t Know How Good ObamaCare Really Is!

ConservativeBlog.org
Posted at 10:30h in Blog, Health by David Hogberg 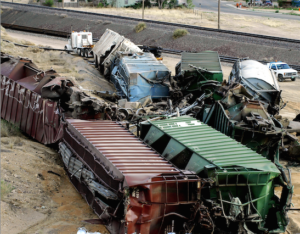 A few weeks ago the usually over-confident Ezra Klein wrote, ““In conservative media, ObamaCare is a disaster. In the real world, it’s working.”  He complained that most conservatives probably don’t know this, since right-leaning websites “run multiple articles every day on the problems and nothing on the broader trends.”

Well, my latest National Policy Analysis examines 14 “broader trends” that show ObamaCare is a still a disaster. (It’s cross-posted at The Federalist. It’s worth visiting there just for the picture!)  Here’s a sampling:

Premium Increases: Although President Obama promised that a family of four would save $2,500 in premium costs thanks to Obamacare, almost the exact opposite has proven true. The Kaiser Family Foundation shows that the average employer-based family policy that cost $13,770 in 2010 cost $16,834 in 2014, an increase of more than $3,000….

Medical Device Tax: Investment in the medical device industry tanked in 2012 after the medical device tax took effect. It has only recently begun to recover. Medical device makers such as Medtronic, Boston Scientific, Stryker, Abbott Laboratories, Johnson & Johnson, and Smith & Nephew all announced layoffs during the last two years. Perhaps that’s why revenues from the medical device tax have come in under estimates. The tax was supposed to yield about $1.2 billion in revenue in the first six months of 2013, according to the Internal Revenue Service. A report from the Treasury inspector general for tax administration, however, found that it had taken in about $913 million.

Interestingly, most of the 14 ways ObamaCare is still a mess do not appear on Klein’s website Vox.  Apparently, a person can get an even more biased view of ObamaCare if he pays attention only to liberal websites.