17 Nov 2014 Markets Are Not the Problem. ObamaCare’s Subsidy Mechanism Is the Problem

ConservativeBlog.org
Posted at 12:24h in Blog, Health by David Hogberg

After NCPPR sent out a Data Release on the ObamaCare exchanges last Thursday, I received this email about my criticism of the drop in subsidies from one of our readers:

You […] note (correctly) that… “Many of them may see their subsidy amount drop because of the way the subsidy is calculated. It is based on the second-lowest cost silver plan, and that plan will likely be cheaper on most exchanges this year. That could mean hefty premium hikes for people who don’t change their plans.”

I don’t understand the leap you’ve made here.  First and foremost, you are a proponent of markets, and you presumably like it when markets work well.  Second, this particular market is producing lower prices for comparable benefits.  Third, you are bemoaning the fact that the subsidy is predicated on that lower price. Fourth, you put a negative spin on things like this:

“An analysis by the Colorado state government found that lower-cost silver plans could reduce subsidies to the point that exchange consumers could see their premiums rise by an average of 77 percent if they keep their current plans.”

I believe in markets too.  And your facts are consistent with a successful market, not a failing one.

Unfortunately, the Data Release could be read as though I’m criticizing markets. I’m not. What I’m attacking is the subsidy mechanism.  I think that’s clear in the piece “14 Ways ObamaCare Is Still a Big Mess.” I’ve posted the relevant section from that below.  Unforunately, it wasn’t as clear in the Data Release, so let me address that now. 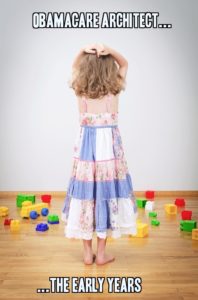 In short, the subsidies on the exchanges drop whenever the price of the second-lowest cost silver plan drops. People who have subsidies but don’t change plans will likely see their premiums increase.  They can try switching to a cheaper plan, but that entails the difficulty of finding a plan that is accepted by one’s doctor and so forth.

The subsidy mechanism is something of a Catch-22.  When premiums increase, subsidies will also increase. That’s great if you’ve got a subsidy, but if you are one of the 17 percent of people on the exchanges who don’t qualify for one, it’s not so good.  And for the taxpayers, it’s not so good either.

The reader is correct that new companies joining the exchanges and offering lower-cost plans is how markets work.  Indeed, the exchanges will need more of that if they are to have any chance of succeeding.  Frankly, I think the fact that relatively few new companies entered the exchanges this year (on average, less than two per state) is an indication this is a market that, in the long-run, won’t work.  But that is an argument for another day (stay tuned).

In sum, I’m ciriticizing the subsidy mechanism, not markets.

From “14 Ways ObamaCare Is Still a Big Mess”:

Exchange Subsidy Roller Coaster: While the left hailed the new insurance companies entering the exchanges and the lower premium costs that would result, they forgot to mention that exchange subsidies could also decline. Since 83 percent of exchange consumers have subsidies, a lot of people could be in for hefty premium increases as their subsidies begin to decrease.

The subsidy is a formula based on the second lowest-cost silver plan on an exchange minus the amount of money the individual is required by law to put toward the insurance premiums, known as the “applicable percentage.” Let’s say that the second lowest-cost silver plan last year was $200 per month while an enrollee’s applicable percentage was $150 per month. The enrollee’s subsidy was $200 – $150 = $50 per month. This year, however, if a new company enters the exchange offering lower cost insurance, and the second lowest-cost silver plan becomes $175 per month. The enrollee’s subsidy is now $175 – $150 = $25 a month. If the enrollee keeps the same plan (ObamaCare automatically re-enrolls individuals in the plans they had in 2014), he would pay $300 more per year for it.

This is far from hypothetical. A preliminary analysis by the state of Colorado found that the new lower-cost silver plans could cause exchange consumers to see the premiums rise by an average of 77 percent next year if they keep their current plans.