Should controversial legislation that has not been debated and which is completely irrelevant to our national defense be included in the 2015 National Defense Authorization Act, or NDAA?

The office of Senator Ted Cruz (R-TX) says no, and Senator Cruz and Senator Tom Coburn (R-TX) have vowed to stop it — the “it” being a huge federal land grab that has nothing to do with national defense.

Besides, the federal government already “owns” nearly a third of America’s land!

National Center Senior Fellow R.J. Smith does not mince words in his agreement with Senators Cruz and Coburn:

In still another bald-faced action, both the Democratic and Republican establishments in the U.S. Congress have demonstrated their contempt for a free society and a strict Constitutional government. The leaders of both parties have cut a dark-of-night deal to slip a public lands lock-up package into the murky depths of the nearly 2,000 page National Defense Authorization Act.

The federal lands package will take still more of the so-called public lands — lands supposedly owned by all the people and available for multiple use — and lock them up for the benefit of elite minorities and pressure groups in mainly limited-use or non-use categories, preventing their use by or benefit to the vast majority of the American people. Hundreds of thousands of acres of land all across the West will be permanently locked up. Still more un-inventoried land will be locked up as Wilderness Areas, set aside and left completely unmanaged to serve as source of forest disease, insect infestation, degradation, death and catastrophic wildfires. America already has over 107 MILLION acres of its lands permanently locked up as Wilderness, which is an area larger than the state of California plus Massachusetts. There is hardly a pressing need for any additional Wilderness. 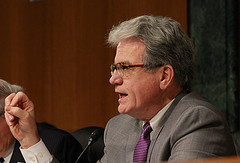 The “lands package” also will lead to the creation of still more national parks, expansions of existing parks, and studies for new parks, as well as the creation of new Wild and Scenic Rivers. This again extends federal hegemony across the American land.

But perhaps the most disturbing part of the land lock-up package is that hundreds of thousands of acres of multiple-use lands will be withdrawn from any exploration or development or production of energy resources, oil and natural gas, strategic minerals and forest products. How does preventing America from even discovering its oil and gas and strategic minerals possibly enhance out national defense and security? Perhaps our Congressional leaders should rename the act “the National Anti-Defense Act.” 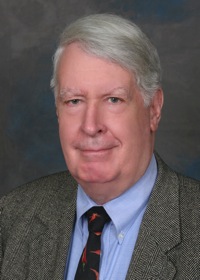 America is already facing a looming crisis produced by unthinking or uncaring Members of Congress, as year after year they continue to expand the federal estate, giving government an ever-growing ownership of the nation’s land and natural resources, and locking up and mismanaging the lands they already hold. The American people can only live free and prosperous lives if they own the land and natural resources. This is a large part of why the colonists broke away from Great Britain with its long traditions of the King and the ruling classes owning all the land and resources and wildlife. Sadly, we appear to be traveling back down the Road to Serfdom, paved with the green bricks laid by uncaring and unscrupulous congressmen.

Thankfully, two Constitutional heroes in the Senate have promised to stand up and halt this never-ending journey to government land tyranny. Senator Tom Coburn (R-OK) and Senator Ted Cruz (R-TX).

Instead of attempting to acquire still more private land and lock-up still more federal land, it is way past time for the Congress to begin to take a serious look at the entire issue of the vast over-reaching ownership and control of the American land by all levels of government. Congress should begin to look at ways to permanently halt this avaricious land-grabbing and return to the free society envisioned by the Founding Fathers.

Learn more about this atrocious policymaking by reading a quick summary by Robert Gordon and Nicolas Loris at the Daily Signal; a story by Sarah Hurtubise in the Daily Caller, a story by Edwin Mora on Breitbart.com, and/or a press release by the Competitive Enterprise Institute.

An article in The Hill about Senator Ted Cruz’s opposition to the land grab is available here and a Roll Call article about a letter Senator Coburn sent to incoming Majority Leader Mitch McConnell protesting this atrocity is available here.

Or you could just Google “pork in 2015 defense authorization bill.”