ConservativeBlog.org
Posted at 11:11h in Blog, Health by David Hogberg 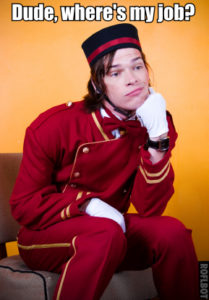 Under ObamaCare, employers with 100 or more full-time employees must provide those employees with health insurance or pay a fine, with “full-time” being defined as 30 hours or more a week.  Last Thursday the House of Representatives voted 252-172 to change the definition of full-time to 40 hours a week.

The 30-hours-a-week definition gives employers with large numbers of part-time employees an incentive to limit their employee hours to no more than 29 per week.  Jed Graham of Investor’s Business Daily counted at least 450 employers who have cut employee hours in response to ObamaCare.  He also found that, based on Bureau of Labor Statistics data, low-wage workers ($14.50 an hour or less) have seen their hours reduced.

Despite that, I’m on the fence as to whether increasing the definition of full-time employee from 30 hours a week to 40 is a good idea.  Obviously, repealing the employer mandate in its entirety is the best policy.  But the increase to 40 hours was a change that some of us thought President Obama might sign into law.  Alas, what were we thinking? (“You weren’t thinking!” —the Wife.)

But is this proposed increase really a change for the better?  Yuval Levin at National Review Online lays out a strong case against it:

As Sherry Glied and Claudia Solis-Roman recently found, nearly 29 million employees of large firms work between 40 and 44 hours a week (and about 27 million of them work exactly 40 hours a week), while only about 3 million work between 30 and 34 hours a week and another roughly 4 million work between 35 and 39 hours a week for such firms. Even if you just look at workers not now offered employer coverage, this difference means that putting the cut-off for the employer mandate at 40 hours would likely put far, far more people at risk of having their hours cut than leaving it at 30 hours. That would make for a worse effect on workers and on the economy. So by setting the definition lower, Obamacare’s architects were trying to mitigate the damaging effects of the employer mandate some, and by setting it higher Republicans would be worsening those effects.

While I find this line of reasoning plausible, I’m not yet convinced.  I wonder if lifting it to 40 hours a week would do much damage. About 99% of employers with 200 or more employees offer insurance.  Presumably those companies offer health insurance because the employees provide enough value to make it worth it.  So would lifting the employer mandate to 40 hours really change the value those employees provide?

I also suspect the 30 hour standard would do more damage than the 40 hour one would.  Part-time workers usually don’t provide enough value to employers to warrant health insurance, so employers with large numbers of part-time workers have a much bigger incentive to reduce hours to 29 a week.  Lifting it to 40 could give those part-time workers a much needed increase in work hours.

Then there is the politics.  If Congress passes the 40 hour definition and Obama does sign it, and it does negatively impact employees working 40-hours a week, the GOP is likely to be blamed.  On the other hand, if Obama makes good on his veto threat, then the GOP has a great issue to put in the arsenal.

What do you think?  Should Congress change the definition of full-time worker to 40 hours a week?