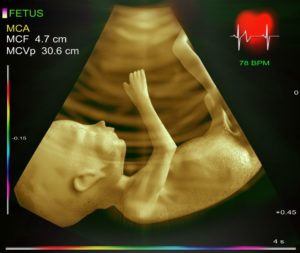 Almost two years ago, I took the leadership of the then-publicly-traded Washington Post Company to task for their coverage of the annual March for Life in Washington, D.C.

Representing the National Center’s Free Enterprise Project and using the shares of Accuracy in Media at the company’s 2012 shareholder meeting, I asked why the coverage of the yearly pro-life event which brings possibly hundreds of thousands of people into the nation’s capital on a usually miserable January day received poor coverage compared to smaller rallies about gun control or the environment.  Chairman Don Graham and Publisher Katherine Weymouth both conceded the paper sometimes “makes mistakes” in it’s reporting.  Weymouth later privately admitted the Post’s newsroom was possibly “90 percent” liberal, and “obviously their bias comes through on occasion.”

In 2014, however, it seemed the National Center’s complaint was heard and understood when last year’s March for Life was covered prominently on the front page of the Washington Post’s Metro section.  But Graham sold the Post to Amazon founder Jeff Bezos in late 2013, and Weymouth resigned as publisher last September.

So how did the Washington Post do on reporting the March for Life in 2015?  I think a liberal newsroom is beginning to reassert its authority.

Consider the statistics.  The 1/23/15 article for the 2015 March for Life is on page A-6 — in the front section and above the fold.  Some would consider that buried, as opposed to being on the front page of the Metro section.

In an article with a total of 27.2 column inches, only about 6.75 inches is actually devoted to the March itself.  There is 3.5 inches for people who participated to support life issues besides abortion (namely, anti-capital punishment) and 2.75 inches about March leadership not allowing representatives of those other causes to address marchers at a rally.  And 2.125 inches was allocated to a pro-abortion Catholic activist.   The rest was devoted to abortion-related news from places elsewhere than the teeming streets of D.C on a cold day in January.

In the Post’s free Express newspaper, a page 3 article was 4.75 inches long and gave 1.5 inches with that copy to the March’s opponents and featured two photos that represented the hundreds of thousands of opponents of abortion and the probably dozens of supporters of abortion who were present.

The Post article had one reporter this year as opposed to two last year, and the Express drew from an Associated Press report.

A critique of the coverage by Media Research Center Director of Media Analysis Tim Graham noted that, in coverage of the March and another article the same day about congressional debate on abortion-related legislation in the U.S. House of Representatives, “[t]he word ‘pro-life’ wasn’t used.”  While deeming the coverage “fairly objective,” MRC’s Graham nonetheless pointed out “[n]o speakers from the rally were quoted.”  He also noted that, in comparison, the Post gave two days of coverage to what was an approximately 100-person rally against the Washington Redskins professional football team (over their allegedly offensive name) last December.

While it was not a backslide into the paltry coverage it received even just a few years ago, this year’s March for Life coverage in the Washington Post isn’t as good as last year.  Unfortunately, the Post is no longer part of a publicly traded company (Bezos owns it outright, and not through his Amazon empire) and thus will not be in the same position to take complaints from entities such as the Free Enterprise Project.

The big question on the table is: How Washington Post coverage of the March for Life will be in 2016?  Will reporting be objective and befitting a movement that brings in masses of people and snarls the D.C. transit gird in the process, or will it revert back to a tiny Metro section mention and photo of counter-protesters as had been the norm for so long?