23 Jan 2015 Thomas Sowell: Welfare, Not Slavery Or Racism, Cause Of Racial Inequality

ConservativeBlog.org
Posted at 14:02h in Articles, Blog by David Hogberg

The 1st edition of Thomas Sowell’s Basic Economics, published back in 2000, came in at 366 pages.  The book has proven so popular that the 5th edition, released late last year, has ballooned to 689 pages.  The final part of my recent interview with Sowell appears at FrontPage Magazine. (Click on these links for part 1 and part 2.) In part 3, he discussed many of the new topics in his book, including inequality, human capital, imperialism and non-profits.  Here’s an excerpt:

David Hogberg: Now, let me go back to President Obama’s speech on race for a minute. In it he states, “[W]e do need to remind ourselves that so many of the disparities that exist in the African-American community today can be directly traced to inequalities passed on from an earlier generation that suffered under the brutal legacy of slavery and Jim Crow.”  Do you agree with that? 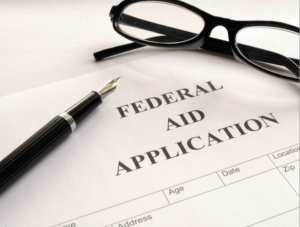 Thomas Sowell: They’re always talking about a legacy of “slavery,” and they use that as an excuse for crime and broken families and so on.  Yet in the first half of the 20th century, you’d have a hard time finding five ghetto riots like that of Ferguson.  In the second half of the 20th century, you can choose from at least 100.  If that is a legacy of anything, it is the legacy of something that came along in the second half of the 20th century.  It is the legacy of a liberal-left vision of the world and the policies based on it, both as regards law enforcement and welfare.  Welfare alone has had an enormous impact.  And it’s not just the welfare itself, the material goods that are provided.  In a democracy you can’t have a welfare system unless you first have a welfare-state ideology that triumphs.  And that ideology is non-judgmental, it makes excuses for things that are wrong, and it subsidizes things that are wrong.

People have no idea that the black community in the first half of the 20th century was from the point of view of common decency miles ahead of the ghettos of today, especially places like Ferguson.  Harlem in the 1920s was a place where many whites, including many white celebrities, frequented.  And it was not only for the entertainment places like the Cotton Club and so on, but places where they met with the black elite of that time.  Back then, no one worried about being mugged.  I was a grocery delivery boy in that area.  On Saturday nights I’d work until midnight and then I’d walk home.  I weighed about 100 pounds soaking wet, yet no one ever bothered me, no policeman ever stopped me.   This notion that you have to be afraid of the cops, they’re out to get you and so forth, there was nothing of that sort.

The blacks in first half of the 20th century had a decency that is long since gone, but they had that at a time when they were even closer to the legacy of slavery and Jim Crow than are blacks today.