ConservativeBlog.org
Posted at 11:15h in Blog, Health by David Hogberg

To understand how these fees work, it’s important to know first that Medicaid is a matching program.  For every dollar a state spends on Medicaid, the federal government will match that dollar and then some.  (In some states, the feds match $2 for every $1 the state puts up.) 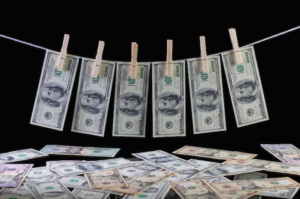 Hospital assessment fees are a way for a state government to appear that it is spending more money on Medicaid without actually doing so.  Here’s how it works: A state government imposes assessment fees on hospitals and then adds that money to its Medicaid funds.  With more Medicaid funds, the state will receive even more matching funds from the federal government.  Then the state ensures that enough matching funds go back to the hospitals to cover the amount they paid in assessment fees.  In some cases, hospitals will even get more back than they paid in—see Indiana.  Usually, the states will siphon off the extra fees from the hospitals to spend on some other program.

By now you’ve probably figured out that if people do this in the private sector, they can go to prison for money laundering.  But if a governor and state legislature do it, it’s just creative accounting.

Somewhere in the neighborhood of 23 states already scam the federal Medicaid program this way.  But it’s not the only legal way to launder money via Medicaid.  Another scheme is succinctly described by the Wall Street Journal:

The swindle works like this: A state overpays state-run health-care providers, such as county hospitals or nursing homes, for Medicaid benefits far in excess of its typical rates. Then the federal government reimburses the state for “half” of the inflated bills. Once the state bags the extra matching funds, the hospital is required to rebate the extra money it received at the scam’s outset. Cash thus makes a round trip from states to providers and back to the states—all to dupe Washington.

This has been going on for quite some time.  Back in 2004 the Government Accountability Office studied it and said, “States’ financing schemes undermine the federal-state Medicaid partnership, as well as the program’s fiscal integrity.”

This assumes that Medicaid, or any government program for that matter, has much fiscal integrity to begin with.  Nevertheless, it’s just one more thing that politicians can do that the government can put you in jail for if you try it in the private sector.