ConservativeBlog.org
Posted at 06:33h in Blog, Health by David Hogberg

The Administration is granting more special privileges under the banner of ObamaCare.  This time, it’s for people who owe taxes on the subsidy they received on the exchanges for 2014.  From Kaiser Health News: 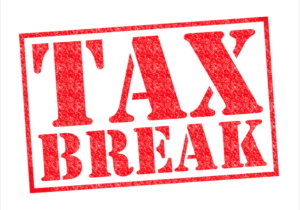 Consumers who received too much in federal tax credits when buying insurance on the health law’s marketplaces last year got a reprieve of sorts from the Internal Revenue Service this week. Although they still have to repay some or all of the excess subsidies, the IRS won’t ding them with a late payment penalty if they don’t repay it by the April 15 tax deadline….The IRS will allow people to repay what they owe on an installment basis. But be forewarned: Interest will continue to accrue until the balance is paid off.

The Galen Institute has counted 47 changes (soon to be 48) that have been made to ObamaCare since the law took effect.  Here are some of the more notorious ones:

–Employer-mandate delay: By an administrative action that’s contrary to statutory language in the ACA, the reporting requirements for employers were delayed by one year. (July 2, 2013)

–Congressional opt-out: The administration decided to offer employer contributions to members of Congress and their staffs when they purchase insurance on the exchanges created by the ACA, a subsidy the law doesn’t provide. (September 30, 2013)

-Self-attestation: Because of the difficulty of verifying income after the employer-reporting requirement was delayed, the administration decided it would allow “self-attestation” of income by applicants for health insurance in the exchanges. This was later partially retracted after congressional and public outcry over the likelihood of fraud. (July 15, 2013)

A few thoughts in no particular order:  In the Kaiser article, Timothy Jost, a law professor at Washington and Lee University who’s an expert on the health law (and a foremost apologist), said, “They’re trying to make this work.”  Yeah…how’s that going so far?

The article also states that, “This penalty reprieve only applies to the 2014 tax year.”  For now.  But the smart money is on the reprieve becoming an annual feature.

Finally, I suggest we apply the spirit of ObamaCare to all income taxes.  We shouldn’t have to send in documents to verify our income.  “Self-attestation” of our income should be sufficient.  And if we get it wrong and eventually owe back taxes, we shouldn’t get dinged with a late penalty.  Sound like a good idea?