ConservativeBlog.org
Posted at 05:27h in Blog, Health by David Hogberg

Back in September, the Indiana Business Journal noted that, although some new insurers were offering lower-priced plans on Indiana’s ObamaCare exchanges, consumers wouldn’t necessarily save money:  ”Because of wrinkles in how Obamacare’s generous tax subsidies are calculated, the entrance of new insurers in the Indiana market will likely push down the size of those tax credits and push up the amount consumers receiving those credits must pay.”

In October, the Denver Postfound a similar problem for Colorado: “Colorado health-insurance consumers relying on tax credits will see their share of premiums rise an average of 77 percent next year if they keep the same plans, according to the state’s preliminary analysis. While premiums overall are not expected to increase significantly in 2015, the way tax credits are calculated under the Affordable Care Act is creating challenges for Colorado consumers.”

Those concerns are confirmed by my new study, released today by NCPPR.  The study examined how changes in exchange subsidies affected consumers in 51 metropolitan areas who purchased the cheapest bronze plan in 2014 and kept that same plan in 2015.  It examined the effects on a 27-year-old single person making $25,000 annually and a 57-year-old couple earning $50,000 annually. 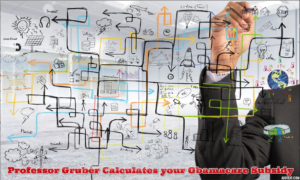 A consumer might be able to avoids such hikes by shopping around for a new plan, but as John Merline states in Investor’s Business Daily, “While the federal government hasn’t released numbers on how many automatically re-enrolled in last year’s plans, some states have. In California, roughly 61% simply kept their same ObamaCare plans from the year before.”

In all three of the above cases, premiums rose because the subsidy declined and the bronze plan increased. But there are two other ways that exchange consumers could see their premiums increase.

Consumers could also pay higher premiums is if they have a policy that decreased in price but did not decrease as much as the subsidy. That happened in New Hampshire.  For a 57-year-old couple, the subsidy declined $163 per month while the bronze plan dropped $11 per month, resulting in a premium increase of $152 per month, or $1,824 annually.

Here are a few other highlights:

-Switching to a cheaper plan would save money in most areas.  But even if consumers switched to the cheapest bronze plan of 2015, they would still end up paying more in most areas.  There were 29 such areas for a 27-year-old and 33 for a 57-year-old couple.  Additionally, there were 16 areas where a 27-year-old would pay at least $100 more annually and a 57-year-old couple would pay $500 more annually even after switching to the cheapest bronze plan.