10 Feb 2015 Why Do We Have a Lower Ethical Standard for Presidents Than for News Anchors? 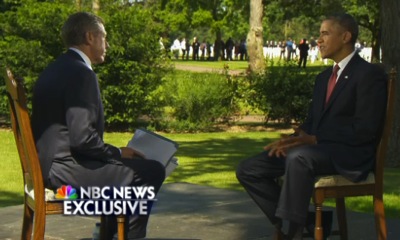 Why do we have a lower standard for presidents than for nightly news anchors?

Brian Williams has just lost his job for six months because he lied to the American people, but compared to Barack Obama, he’s a mere piker.

How often have we heard this president and his administration boast of its success in making the United States the #1 producer in oil and gas when this rise occurred despite Obama’s best efforts to shut it down?

For Brian Williams to be as big a liar as Obama, he wouldn’t have just had to have claimed to be on the helicopter that was hit by RPG fire, but would have had to fire the RPG that hit it.