11 Feb 2015 ObamaCare: Patients Pay the Cost, Social Engineers Do Not

ConservativeBlog.org
Posted at 04:59h in Blog, Health by David Hogberg 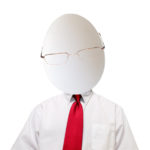 Aren’t social engineers great?  They get to test their ideas without having to pay the cost if those ideas fail. Indeed, to the extent that the ideas are tested on us, we are the ones who suffer any hardship as a result. Nice work if you can get it.

But other problems may be related to the process by which the plans are created. Under the Affordable Care Act each state was asked to select a benchmark plan as its standard. It had to cover certain “essential health benefits” like maternity care and prescription drugs; it had to have a defined actuarial value depending on the level of plan. Silver plans, for example, had to cover 70 percent of charges, leaving consumers with 30 percent. But within those parameters, competing insurers had leeway to set premiums, co-payments and deductibles, and to create networks by negotiating with doctors and hospitals. Naturally, they created policies that met the core criteria while minimizing their financial risk.

Suddenly there were hundreds of new insurance products that had never been tested in real time. Their shortcomings are now playing out in various ways.

Sadly, more and more consumers are finding that out.  The Times relates the story of New York resident Karen Pineman who broke her ankle playing tennis.  Her exchange plan resulted in nearly $1,800 in co-pay to have a a cast put on.  However, when she needed to see an orthopedist, the closest one in the network of her Empire Blue Cross/Blue Shield plan was 14 miles away from her in Stamford, Connecticut:

When she called to protest, her insurer said that Stamford was 14 miles from her home and 15 was considered a reasonable travel distance. “It was ridiculous — didn’t they notice it was in another state?” said Ms. Pineman, 46, who was on crutches.

She instead paid $350 to see a nearby orthopedist and bought a boot on Amazon as he suggested. She has since forked over hundreds of dollars more for a physical therapist that insurance didn’t cover, even though that provider was in-network.

At one point, I might have taken a bit of Schadenfreude in the fact that Ms. Pineman voted for Obama and was a ObamaCare supporter.  Not anymore.  If people have a serious medical problem and ObamaCare makes it more difficult, as was the case with Ms. Pineman, it is sad, if not tragic, regardless of her politics.

Then there is the tale of Allison Chavez, who signed up for a policy on Covered California at about the same time she was starting treatment for breast cancer.  Here’s what happened next:

But in March, while in the middle of treatment, she was notified that several of her doctors and the hospital were leaving the plan’s network. She was forced to postpone a surgery as she scrambled to buy a new commercial policy that included her doctors. “I’ve been through hell and back, but I came out alive and kicking (just broke),” she wrote in an email.

One of the problems with government policy (and a good reason we should have limited government) is that the people paying the cost for those policies are seldom the ones imposing them.  In the case of ObamaCare, the patients pay the costs while the folks responsible for the policy get away largely unscathed.