ConservativeBlog.org
Posted at 04:55h in Blog, Health by David Hogberg 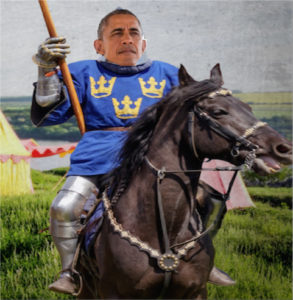 President Obama continues to display how little he really knows.  After demonstrating his historical illiteracy last week by mouthing off about the Crusades, yesterday he upped the ignorance ante by attacking office supply company Staples.

According to Obama, Staples is limiting the hours its employees work to avoid violating the ObamaCare employer mandate.  Staples denies this, saying it is a long-standing policy.  Here is Obama’s scolding:

It’s one thing when you’ve got a mom-and-pop store who can’t afford to provide paid sick leave or health insurance or minimum wage to workers … but when I hear large corporations that make billions of dollars in profits trying to blame our interest in providing health insurance as an excuse for cutting back workers’ wages, shame on them.

(Isn’t he doing this just after he lectured us to stay off our high horses? — the Wife.)

It would almost surely be news to Obama that Staples has been struggling as of late.  According to Forbes:

How many more stores would Staples have to close and how many other employees would be out of a job if the company had to also pay for health insurance? 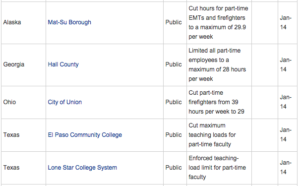 Of the 450 employers that have publicly announced they are reducing employee hours in response to ObamaCare’e employer mandate, 364 of them are public employers.