19 Feb 2015 Democrats Made Their Individual Mandate Bed; Now They Can Lie in It

ConservativeBlog.org
Posted at 04:42h in Blog, Health by David Hogberg

If a public policy requires quite a few substantial exceptions and alterations to get it to work, that’s usually a clue that it wasn’t a good policy to begin with.

The individual mandate was supposed to push people to sign up for health insurance by fining them if they didn’t.  The problem, as far as Democrats are concerned, is that people who didn’t get insurance will face their first fine after the second enrollment period for the ObamaCare exchanges ends. (The final day was last Sunday, February 15.)  Assuming that many of the people who didn’t enroll during the first enrollment period in 2013 also didn’t enroll in the second one, they’ll have to pay the fine twice—one this year and once next year. In short, if the first mandate penalty pushes them to buy insurance, it will come too late to avoid another fine come tax-time in 2016.

According to the Washington Times:

[Democrats] say it’s unfair to expect health care consumers to have followed the law’s coverage mandate because their first round of Obamacare taxes aren’t due until April.

Democrats said Americans filling out their taxes will get their first big reminder about needing health care coverage if they have to pay a penalty for last year, which could goose them into signing up for this year — except the deadline for penalty-free enrollment in the federal exchange for 2015 expired Sunday. Those who aren’t covered this year will face an even bigger tax wallop next year.

“Without a special enrollment period, many people making a shared responsibility payment won’t have another opportunity to get health coverage this year,” Reps. Sander M. Levin of Michigan and Jim McDermott of Washington, the top Democrats on the House Ways and Means Committee, said in a statement.

Apparently the Democrats’ pleas have gotten the attention of officials in Washington State who announced “that residents who face Obamacare’s tax penalty for lacking health insurance can qualify for a special enrollment period through April 17.” Given President Obama’s penchant for extra-legal illegal executive orders, it would be no surprise if he did the same for federal exchanges in the very near future. 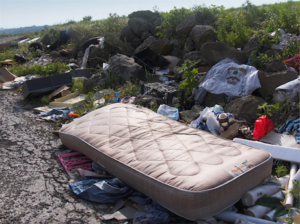 So, people who have to pay the individual mandate tax not only get a break on late penalties, some of them also get an extended enrollment period.  How, exactly, is that fair?  And while we are on the subject of fairness, how is it fair to grossly violate Americans’ liberty as ObamaCare’s individual mandate has? (And, no, claiming that people being uninsured puts a supposed burden on the rest of us doesn’t hold water.)

Finally, is it unfairness that really bothers Democrats here? Or, is the real problem that people who get to pay the individual mandate tax twice might show up at a voting booth in surly mood? In that case, tough. Those same Democrats had no problem with this system when they passed it into law. If they didn’t realize at the time that the individual mandate could create such problems, then they are foolhardy.  Let them suffer the consequences for it.