ConservativeBlog.org
Posted at 04:29h in Blog, Health by David Hogberg 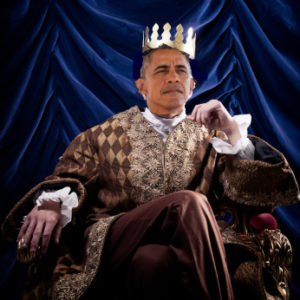 As I noted yesterday, Democrats have been beseeching the President for a special open enrollment period for the ObamaCare exchanges.  The reason is that a lot of people will learn of the individual mandate penalty for the first time when they go to pay taxes this year.  If they are uninsured, then the soonest they could enroll would be later this year, which would mean they’d pay the individual mandate tax again in 2016.

Washington State decided to extend its enrollment period to April 17.  Upon reading that I wrote, “Given President Obama’s penchant for extra-legal illegal executive orders, it would be no surprise if he did the same for federal exchanges in the very near future.”

The very near future is today:

The Centers for Medicare and Medicaid Services on Friday morning announced it will implement a special enrollment period for individuals who learn, at the time they file their taxes, of the Affordable Care Act-mandated tax penalty for not having health insurance coverage.

The special enrollment period will allow people to sign up as soon as they get a taste of the financial penalty that comes with not enrolling. Americans who didn’t have insurance in 2014 may owe a fine of $95 or as much as 1 percent of their income. If they remain uncovered this year, the fine could rise to 2 percent of their income for the 2015 tax year. Income tax filings for 2014 are due April 15. The newly announced special enrollment period will run March 15 to April 30.

This was CMS’s reason excuse: “We recognize that this is the first tax filing season where consumers may have to pay a fee or claim an exemption for not having health insurance coverage,” says CMS Administrator Marilyn Tavenner. “Our priority is to make sure consumers understand the new requirement to enroll in health coverage and to provide those who were not aware or did not understand the requirement with an opportunity to enroll in affordable coverage this year.”

If you are, say, a first time tax filer in your 20s and you make a mistake that results in owing more to the Federal Government, does the I.R.S. give you a break on the penalties?  Sorry, too bad, because you were supposed to know the rules.

But if you are a potential ObamaCare enrollee, knowing the rules is not your responsibility. You get a third bite at the enrollment apple, and you don’t owe any penalties if you pay the individual mandate fine late.

Well, late ObamaCare enrollees, bask in the glow. His Royal Highness Field Marshal The Duke Of D.C. Barack Obama has declared you a privileged class!