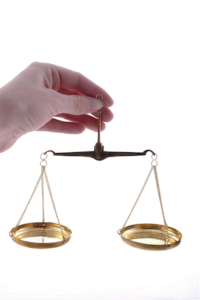 Today the Supreme Court is hearing King v. Burwell, a case that has the potential to unravel ObamaCare.  If the plaintiffs win, then about 6 million people in federal exchanges would lose their premium subsidies.  That would give Congress an opportunity to re-open ObamaCare entirely. Wikipedia actually gives a nice summary of King v. Burwell, and Scotusblog is doing an excellent job of reporting on the oral arguments.

In anticipation of this, NCPPR is releasing an excel file today showing how a dozen free-market health care reform plans (i.e., what we replace ObamaCare with after it is repealed) fare on various policy issues such as tax credits, Medicaid and pre-existing conditions.  The plans run the gamut, from Heritage and Cato, to Rep. Tom Price and the Republican Study Committee. The excel file is accompanied by a policy analysis that defines some terms in the spreadsheet that may be unfamiliar to readers.

No doubt the political left will continue to insist that the political right has no health care plan, but the excel file puts the lie to that claim.  There are plenty of policy options to choose from that would both help people who lose subsidies and move our health care system in a free-market direction.

In addition, the Heritage Foundation has outlined how Congress should respond if the plaintiffs in King v. Burwell succeed.

The big question, of course, is will they succeed?  Well, sorry to end this post on a discouraging note, but an early analysis of the oral arguments by Phil Klein at the Washington Examiner says that the plaintiffs and those favoring them “should be nervous.”

UPDATE: Senator Ted Cruz (R-TX) has just released his health care plan today.  I will update the excel file as soon as I go through the plan’s details.