After yesterday’s hearing of King v. Burwell, it appears that Justice Anthony Kennedy is the swing vote.  Kennedy worried that if the plaintiffs are correct, that subsidies can only flow to exchanges established by a state, then it puts states in the position of being coerced by the federal government: 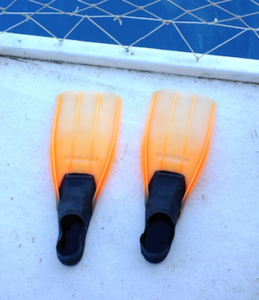 Let me say that from the standpoint of the dynamics of Federalism, it does seem to me that there is something very powerful to the point that if your [the plaintiffs’] argument is accepted, the States are being told either create your own Exchange, or we’ll send your insurance market into a death spiral. We’ll have people pay mandated taxes which will not get any credit on on the subsidies…It seems to me that under your argument, perhaps you will prevail in the plain words of the statute, there’s a serious constitutional problem if we adopt your argument.

Kennedy later said, “It may well be that you’re correct as to these words, and there’s nothing we can do.”  In other words, the plaintiffs are right that ObamaCare says subsidies can only flow to state-based exchanges, but the Court won’t do anything about it since agreeing with that interpretation creates a situation where the federal government is coercing the states.

Two points on that, one light-hearted, the other serious.

First, Phil Kerpen of American Commitment referred me to his tweet from 2014 in which he predicted this (at the time, the case was still called Halbig):

After seeing that, I asked Phil if I give him $1,000 in late January of next year, would he pick the Super Bowl winner for me?

On a serious note, Kennedy’s argument doesn’t hold much water since the federal government is already sending state insurance markets on a march toward the death spiral.  The subsidies have not been attractive enough to entice sufficient young people to sign up for coverage on the exchanges, something that I predicted back in 2013.  Thus far, insurance premiums haven’t sky-rocketed, but that’s largely due to the “risk corridors” which cover most of the losses insurers incur on the exchanges (few losses, no reason to raise premiums much.)  However, Republicans Congress stopped the first year of the risk corridors in the recent Cromnibus bill.  Now that insurers won’t be receiving risk corridor payments for the first year of the exchanges, expect to see some double-digit premium increases for 2016. Then the death spiral begins.

Avik Roy examines Kennedy’s death spiral argument in some more detail and also argues that Kennedy is not likely to swing to the left in this case.  Well worth the read.

Here’s another reason why Kennedy might not side with the left.  If a phrase in a law is vague as is, arguably, the part of ObamaCare that says subsidies may only go to the states, then the Court often defers to the regulatory agency’s interpretation of the phrase, something known as “Chevron Deference.”  Here’s what Kennedy said about that:

Well, if it’s if it’s ambiguous, then we think about Chevron. But it seems to me a drastic step for us to say that the Department of Internal Revenue and its director can make this call one way or the other when there are, what, billions of dollars of subsidies involved here? Hundreds of millions?

….And it…seems to me our cases say that if the Internal Revenue Service is going to allow deductions using these, that it has to be very, very clear.

Kennedy appears to be saying that the phrase needs to be very clear before the I.R.S. can hand out billions of tax dollars.

Last point: Predicting which way the Court will go in a close case like this is fraught with peril.  At the hearing for NFIB v. Sebelius, the Court seemed very likely to strike down the individual mandate.  And we know how that turned out.