ConservativeBlog.org
Posted at 10:42h in Blog, Health by David Hogberg

If you are a conservative or libertarian and are in a particularly generous mood, send a thank you note to Bloomberg’s Joshua Green.  He recent piece entitled “Is Washington Ready for the Death of Obamacare?” gives us a preview of the strategy the political left will use should the plaintiff’s prevail in King v. Burwell and the subsidies to federal exchanges be shut off.

But it does more than that.  For a while now, many on the political right have warned that ObamaCare is making us more dependent on government.  Green inadvertently confirms it. 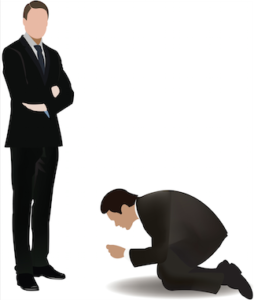 -If the plaintiffs prevail, millions of people in 34 states who bought insurance on federal exchanges would suddenly lose the subsidies that make it affordable. Consequently, most would lose their coverage. A Rand study pegged the number at 9.6 million people, with premiums soaring 47 percent for those still able to afford them.

-The result would not just leave millions uncovered but also risk destroying the individual health-care markets in states that don’t act. According to a brief filed by a consortium of hospital trade groups, “A market without subsidies will trigger a premium ‘death spiral’ in those states: With subsidies gone and premiums pushed higher, younger and healthier patients will likely drop coverage. Those that remain, paying the higher rates, are likely to be sicker and use more health-care resources. That, in turn, will push rates for everyone in those states even higher, which will cause more to drop coverage, and so on.”

-On the business front, the effects would be no less significant…Entire segments of the health system redesigned their business models to take advantage of the ACA’s incentives. Hospitals, for instance, were given a trade-off: They stopped receiving government payments to offset the cost of treating the uninsured, cuts that amount to $269 billion over a decade. In return, they were promised millions of new patients insured through federal subsidies.

-The ACA also opened up a flood of investments in digital health ventures. A recent study by StartUp Health, a New York incubator, found that $14.5 billion has been invested since the law was signed, including $6.5 billion last year. “If Congress is unwilling to take action, it would clearly make it less attractive to invest in things related to the coverage expansion,” says Bob Kocher, a partner specializing in health-care IT at the venture capital firm Venrock. “It slows the rate of change in the health-care ecosystem in a way that’s bad for everybody and hurts companies going after these new patients, who are going to suffer.”

Ed Haislmaier at Heritage disputes most of these claims, but the larger point is that, based on Green’s article, conservatives and libertarians were absolutely right. Policyholders, insurers, hospitals and investors in digital health care are now dependent on government, much more so than they were prior to ObamaCare.

Of course, that may be what the left wanted all along.  After all,the more people who are dependent on the government spigot, the harder it is to ever turn it off.  Of course, few of them will ever admit that.  Heck, they only barely acknowledge the government dependence has grown under ObamaCare.