ConservativeBlog.org
Posted at 03:14h in Blog, Health by David Hogberg

I was on the “Up Front” radio program on KTLF out of Minnesota this morning, and as I promised, here is a link to the spreadsheet showing all the health care reform plans offered by the political right. 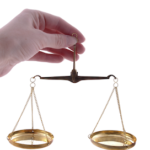 At issue is the Supreme Court case King v. Burwell, a case that has the potential to unravel ObamaCare.  The Court heard the case about two weeks ago and will likely render its decision in June.  If the plaintiffs win, then about 6 million people in federal exchanges would lose their premium subsidies.  That would give Congress an opportunity to re-open ObamaCare entirely.

While the mantra among the political left is that conservatives, libertarians and Republican don’t have alternatives to—i.e., plans that are better than—ObamaCare, the spreadsheet gives the lie to that mantra.

There are terms in the spreadsheet that are rather “wonky” such as refundable, tax exclusion and HIPPA.  A glossary is provided in the National Policy Analysis that accompanies that spreadsheet.  The NPA is entitled, “If Plaintiffs Prevail in King v. Burwell, Conservatives and Libertarians Have Many Health Care Reform Options Ready to Help People who Lose ObamaCare Subsidies.”