ConservativeBlog.org
Posted at 03:09h in Blog, Health by David Hogberg

1. Fixing The Doc Fix Is Tricky.  Congress is finally getting around to eliminating Medicare’s Sustainable Growth Rate (SGR), something it should have done a long time ago.  The SGR is a system for cutting Medicare’s physician fees that has proven unworkable.  Congress routinely suspends the cuts imposed by the SGR and replaces them with a small increase, a process known as the “Doc Fix.”

I’ve argued that Congress should get rid of the SGR (for a somewhat longer treatment go here and scroll down to “Sustainable Headache”.)

Yet some conservative groups are opposing the current SGR fix, and they raise two legitimate points.  First is that Congress has usually found “offsets”—i.e., cuts in the budget—to help pay for the various Doc Fixes. Without those offsets, the national debt would have been $165 billion higher since 2003.  Second, the current reform costs $200 billion over ten years, while only $70 billion of that is offset.  For more on conservative objections, go here.

The opposing view is that the Congress doesn’t need to fully offset it since it won’t be paying for Doc Fixes anymore.  Congress has spent about $170 billion on Doc Fixes over the last 12 years.  “I think what’s happening is that both Republicans and Democrats have come to the conclusion that, first they were paying for patches [Doc Fixes] with mostly gimmicks anyway, and second, that the new payment system has a good chance of saving money in the long run,” said Robert Laszewski, founder and president of Health Policy and Strategy Associates.

For more on this, see Peter Suderman at Reason.

2. Most ObamaCare Policies In New York Have Restrictive Provider Networks.  “…there’s one popular feature that most New Yorkers can’t find in any of the health plans offered on their state exchange: out-of-network coverage,” writes Michelle Andrews at Kaiser Health News. Most plans, including all in the New York City area, “are health maintenance organization-style plans that cover care provided only by doctors and hospitals in the plan’s network.” 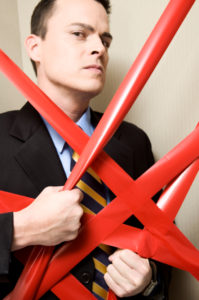 This is what happens when the government forces insurance plans to cover ten “essential” benefits, and conform to guaranteed issue, community rating and medical-loss-ratio regulations.  One of the few ways left for insurers to keep costs down is to scrimp on the quality of provider networks.

3. Guess What Canada’s Oh-So-Wonderful Single-Payer System Doesn’t Cover?  Canadian Alheli Picazo is a writer and former elite gymnast who has suffered from a severe digestive tract problem. Her condition caused her to suffer “from severe acid reflux. This wore down the enamel of her teeth and caused the equivalent of osteoporosis in her oral cavity. The 30-year-old needs urgent oral surgeries, including bone and tissue grafts, to remove and replace what she described painfully as ‘the increasingly diseased bone.’”  Unfortunately, “Picazo has to wait until she can amass the $100,000 needed to pay for the procedures” because Canada’s system does not cover dental care.

The article, which appeared in Vox, noted that “This is similar to a gap in Obamacare: health plans on the exchange aren’t required to offer dental coverage.”  Guess what? There is another plan in the U.S. that doesn’t cover dental care.  Here’s a hint: it’s the program that activists point to when they want to promote single-payer here in America.