ConservativeBlog.org
Posted at 02:24h in Blog, Health by David Hogberg

For people who had a rare disease, defined as an ailment that strikes less than 200,000 Americans, there was often little hope, at least when it came to pharmaceuticals.  Drug companies didn’t see much profit in sinking resources into developing drugs to treat them.

Incentives from the U.S. Food and Drug Administration to develop so-called orphan drugs can mean quicker approval, tax benefits for the developer and seven years’ protection from competition after approval. Conventional drugs typically get five. Patient groups have raised hundreds of millions of dollars to give to firms for development of orphan drugs, defined as experimental treatments for diseases with fewer than 200,000 patients at any one time.

But perhaps most persuasive: Drug companies have found that they can charge towering prices for such drugs, which often treat deadly conditions for which there are few or no options. 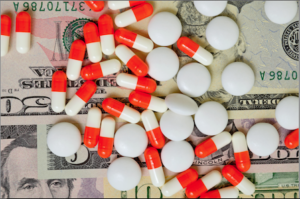 Those “towering” prices may seem undesirable, but they are in part responsible for the big profits on these drugs.  And it is the profits which will drive innovation.

When companies and their investors realize there is a lot of profit to be made in a certain area, they will start directing resources to that area in hopes of reaping some of the profits.  This leads to competition which, eventually, will help lower the drug prices.

But if it wasn’t for the ability to make a profit, drug companies wouldn’t be moving into the area of rare diseases.  Right now, there is no drug therapy to treat primary-progressive multiple sclerosis, the worst kind of MS.  Now that drug companies have an incentive to make money off of it, one can hope there will soon be some drug treatments for primary-progressive MS.

So here’s hoping that many areas of health care become very profitable.  Profit is what attracts investment in cures.