ConservativeBlog.org
Posted at 15:01h in Blog, Health by David Hogberg

Two months from today, the National Center for Public Policy Research will be releasing my book, Medicare’s Victims: How the U.S. Government’s Largest Health Care Program Harms Patients and Impairs Physicians.  It is currently available for pre-order at Amazon. 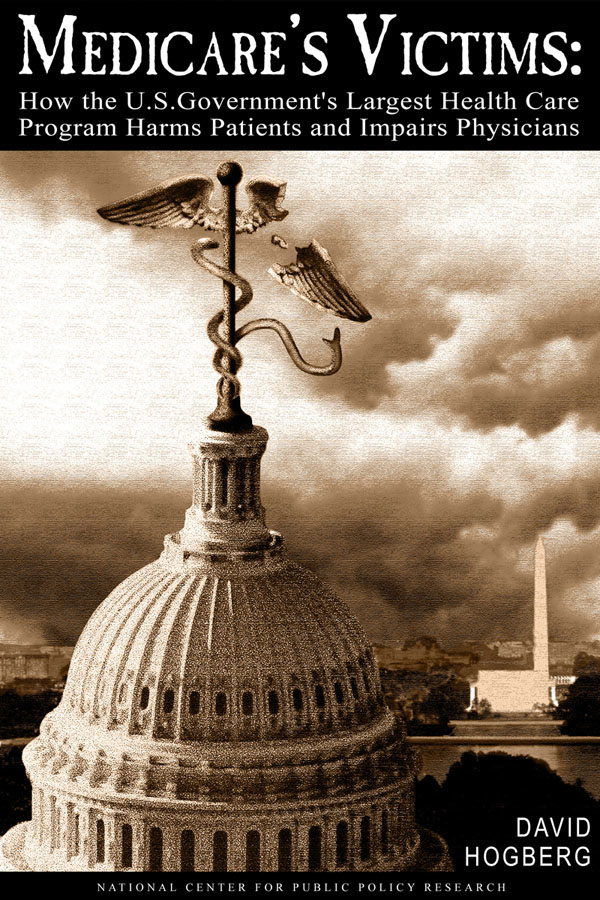 In 35 words or less, the book examines patients and physicians who suffer because of Medicare and finds that what they have in common is a lack of political power sufficient to compel Congress to make changes to Medicare’s policies.  A more detailed description is below.

John C. Goodman, president of the Goodman Institute, author of Priceless: Curing the Healthcare Crisis, and godfather of Health Savings Accounts, has had this to say about Medicare’s Victims: “David Hogberg has produced a tour de force. He has identified Medicare’s hidden victims and explained why bureaucracy, price-fixing, suppression of the marketplace and unwise regulations all combine to deny millions of patients the high quality, low cost medical care they should be receiving. I know of no other place where you can find a more comprehensive treatment of Medicare’s worst problems. This is must reading for everyone in health policy.”

For those who want a sneak peek, Chapter 7, which deals with primary care physicians, was published as a National Policy Analysis a few years ago here.  Parts of Chapter 9, which shows how big hospitals used Medicare to shut down smaller competitors, are available here.

Here is the full description:

Medicare’s Victims examines Medicare beneficiaries and physicians who are harmed by Medicare’s policies. The patients who are victims are often the sickest of the sick, whether it is the disabled who are on Medicare’s two-year-wait period; seniors who fell into Part D’s donut hole; or patients who are harmed because they receive too much treatment or not enough. The physicians who are victims are ones who struggle to provide the best care for their patients while Medicare’s reimbursement system, in effect, punishes them for it. They all tend to have one thing in common: lack of political power. For example, people who are seriously ill are relatively few in number. As such, they do not have the numbers necessary to impact elections. Further, people who are ill are generally not engaging in the networking, meetings and other activities necessary to form effective political organizations. Thus, Congress seldom feels the pressure to change the policies that harm these people. In this book, you’ll read the intimate stories of patients and physicians who have struggled with Medicare, and then you’ll learn how the particular Medicare policy has caused their plight. In the end, you’ll learn how we can reform Medicare so that patients and physicians are put in control of their own medical decisions and, thus, will be much less likely to be victimized.