ConservativeBlog.org
Posted at 13:38h in Blog, Health by David Hogberg

If the Supreme Court rules in favor of the plaintiffs in King v. Burwell, what impact will it have on our health care system and our economy more broadly?

Obviously, many people in the 37 states using the federal ObamaCare exchanges will lose their premiums subsidies.  On the other hand, many individuals in those states will no longer be subject to the individual mandate, and businesses will be free from the employer mandate.

The American Action Forum has a new study out examining those impacts entitled “TaKing Stock: The Potential Impact of King v. Burwell.”

From the report, here is the estimated impact a favorable King ruling would have on individuals:

And here is the effect on employer markets:

The report also contains two interactive graphics.  The first reveals how many people in your state will be exempt from the individual mandate if the plaintiffs win in King:

The Page You’re Looking For vs The Pages We Have 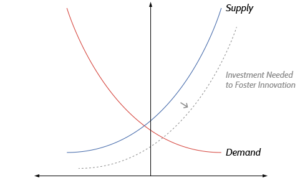 However, it is important to note that the authors of the study “assumed that no federal congressional action would be taken between the announcement of a ruling in King and the beginning of the 2016 open enrollment season; in reality there is every indication Congress would take some action, but it is impossible at this stage to predict what it would be.”  So, Congress may yet mess it up.  But this study shows that King gives us a good starting point when it comes to regaining liberty and creating jobs.