28 May 2015 Someone Should Ask Sen. Sanders If Ben and Jerry’s Offers Too Many Choices of Ice Cream

ConservativeBlog.org
Posted at 08:59h in Articles, Blog by David Hogberg 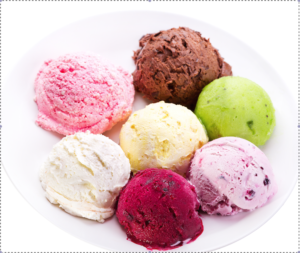 By my rough count, Ben and Jerry’s sells over fifty flavors of ice cream. Thus, it’s ironic that Ben and Jerry helped Senator Bernie Sanders kick off his campaign for president given the Senator’s recent remarks about having choices:

You can’t just continue growth for the sake of growth in a world in which we are struggling with climate change and all kinds of environmental problems. All right? You don’t necessarily need a choice of 23 underarm spray deodorants or of 18 different pairs of sneakers when children are hungry in this country. I don’t think the media appreciates the kind of stress that ordinary Americans are working on

For a good laugh, see Reason’s “Bernie Sanders Save The Children Fund”:

Let me make one relatively quick comment:  Sen. Sanders appears to think that a free-market economy is a zero-sum game.  One person wins (the person getting the choice of deodorants or sneakers), while another loses (the hungry child).  Of course, any economist worth his weight will tell you a free-market economy is dynamic.  Both sides of a transaction win.  In the long run, that leads to the creation of more wealth which, among other things, means less starving children.

I wonder if it ever occurs to Sanders that children are better off in America because we have so many choices of products.  Producing more choices means hiring more people, which means jobs, which means you get to eat.  But, of course, that has probably never occurred to him.  After all, he still believes the bogus notion that there are hungry children in America.