03 Jun 2015 Save Ferris: How the 80s Favorite Truant Might Rank among America’s Most Wanted Today

Principal Rooney never caught the misbehaving Ferris Bueller.  Had Matthew Broderick’s character been apprehended, at least in today’s overcriminalized society, Ferris might be very sorry he ever even thought about skipping school!

While the 30th anniversary of the release of the “Ferris Bueller’s Day Off” film won’t occur until 2016, fanboys figured out that the actual day off – based on the real baseball game seen in the film – was 30 years ago June 5, 2015. 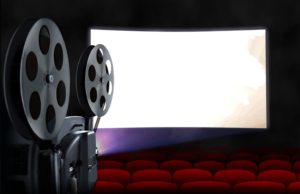 On his epic (and fictional) day off, Bueller, his girlfriend Sloane and best friend Cameron ditched school, went for a joyride, crashed a fancy restaurant and watched the Chicago Cubs lose to the Atlanta Braves.

They also appear to have broken a lot of laws that day that now carry serious consequences thanks to our penalty-obsessed system of laws.  If they were to do a reboot of “Ferris Bueller’s Day Off” today, it might end up looking a lot more like an episode of “Law and Order.”

Based on a 2013 analysis by San Diego criminal defense attorney Peter M. Liss and a 2009 thread on Ask MetaFilter, a laundry list of probable crimes the trio were involved in that day can be compiled: truancy (naturally), computer hacking, auto theft, identity theft (of both a police officer and the “Sausage King of Chicago”), speeding, running out on a check (presumably), copyright fraud, attempted odometer fraud, willful destruction of an automobile, jaywalking, trespass and underage drinking.

Some of those crimes, such as the theft and destruction of Cameron’s father’s classic car, are serious crimes with serious penalties for malicious intent.  Some of the others, however, may be petty crimes in comparison that nonetheless have serious repercussions.  Liss suggested, “this one day out could result in some serious criminal penalties, including lengthy jail or prison sentences.”  The one thing Liss held in the trio’s favor was that their youth and presumed lack of criminal records might result in lenient sentences. 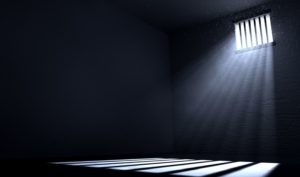 But Ferris possibly violated copyright fraud for singing “Twist and Shout” on that parade float.  Copyright fraud penalties include jail time.  Odometer fraud can also land one in jail in some states.  And who knows what the feds might do to a computer hacker – especially a recidivist such as Matthew “WarGames” Broderick.

What was thought of as fun and games in the 80s can now be serious business in our overcriminalized nation.  People can chuckle at the movie, but the overzealous attitude of government today could have a modern-day Bueller in a courtroom instead of a movie theater.

Consider what’s happened to schoolchildren and their parents in the Washington, D.C. area in the last few years.  Most famously, there was a 12-year-old girl who was prosecuted for eating French fries on a train.  More recently, an eight-year-old boy was suspended from school for eating a Pop-Tart into the shape of a gun.  Just this year, a family came under investigation by Child Protective Services after the parents allowed their children to walk to a nearby park alone.

These real-life examples are even more mind-boggling than what’s up on the silver screen.  It shows just how much our government has gotten out of control in wanting to set rules.

Ferris meant no harm in his high jinks in the same way that girl caused no harm with her fries or those parents meant about their kids wanting to go outside and play.  Yet they ran afoul of the law – at great expense of time, dignity and money.  And the boy with the Pop-Tart gun has a very unusual entry that remains on his permanent record.

Laugh all you want at what’s up on the screen, but don’t forget the real-life drama of overcriminalization all around us.