ConservativeBlog.org
Posted at 06:49h in Blog, Health by David Hogberg

Today the National Center is releasing my latest National Policy Analysis entitled “ObamaCare Premium Hikes for 2016—Ignore Them at Your Own Risk.”

It examines in depth the requested premium increases for individual policies on the ObamaCare exchanges for 2016 that were released via the federal website “Rate Review” back in early June.  The release of this data garnered a lot of attention, since many of the requested increases were very high.  This elicited a response from ObamaCare supporters that can be best summarized as:

At Mother Jones, Kevin Drum said not to worry, that “we’ve all seen this movie before.” Drum claims these are just rates that insurers are requesting. A “few months from now, the real rate increases—the ones approved by state and federal authorities—will begin to trickle out,” he wrote. “They’ll mostly be in single digits, with a few in the low teens. The average for the entire country will end up being something like 4-8 percent.”

Well, this is something we’ve seen before.  The problem, as this table shows, is that it is getting worse: 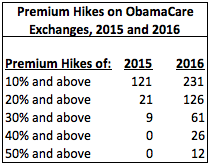 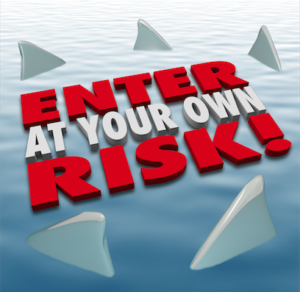 And Drum will probably be disappointed if he thinks state and federal regulators will reduce the rate increases for 2016.  Of the 38 exchanges examined in the NPA, only Kansas, Oregon, Texas and Washington did not approve all of the rate increases insurers requested for 2015. And only one policy was denied the requested rate increase in each of those states.

In short, the rate hikes for 2016 represent the beginning of the death spiral for the ObamaCare exchanges. Read more here.