ConservativeBlog.org
Posted at 05:51h in Blog, Health by David Hogberg

Senator Bernie Sanders (D-VT) recently said, “…we have to move toward a Medicare for all, single-payer system.” 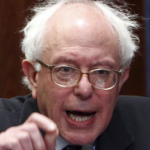 For years now “Medicare-for-All” has been the rallying cry for single-payer advocates.  It is, if nothing else, shrewd marketing.  Medicare is very popular with the American public.  For example, a Harvard School of Public Health 2013 survey found 72 percent of respondents had either a very favorable or somewhat favorable opinion of Medicare.  What better way to promote single-payer than to rename it after a popular program?

However, you will seldom see advocates of Medicare-for-All explain exactly why Medicare is so popular.  In other words, presumably Medicare is popular because it functions well, but why does it function well?

The closest such advocates come is an explanation like this:

[Medicare-for-All] would replace today’s welter of private health insurance companies with a single, streamlined public agency that would pay all medical claims, much like Medicare works for seniors today.

But surely a program like Medicaid has those qualities too, yet Medicaid is lousy and, hence, far less popular.  After all, you don’t see the left calling for “Medicaid-for-All.”

Furthermore, wouldn’t it be useful for all public health care programs to know why Medicare works so well?  Presumably if we understood what it was about Medicare’s structure that caused it to work well, we could then shape programs like Medicaid in a similar way so that they function much better.

For starters, seniors vote at higher rates than the population at large in both presidential and non-presidential elections. For example, here are the voter turnout rates of those ages 65-74 versus all ages in 2010 and 2012:

Seniors receive good coverage from Medicare because their voting behavior gives them political clout. If they have serious problems with Medicare, it won’t be long before members of Congress hear about it. In turn, members of Congress know that to maximize the support they receive from seniors means keeping seniors satisfied with their Medicare coverage and, if possible, expanding the benefits they receive under Medicare.

Groups that lack such political power tend not to fare as well under Medicare.  For example, there are roughly 9 million disabled people on Medicare.  Yet to get on Medicare, most disabled people have to endure a two-year waiting period.  Furthermore, the disabled on Medicare have, on average, more difficulty accessing and affording medical care than seniors.  The reason is that the disabled vote at much lower rates than seniors and are not nearly as easy to organize.

Political power (or the lack of it) also goes a long way in explaining why Medicaid is a lousy program.  Medicaid is the government health care program for the poor. The poor vote at some of the lowest rates of any group in our country.

Members of Congress want to get reelected, and they will cater to those groups who are important to that goal and neglect groups that are not.  Thus, under a system of Medicare-for-All health care resources will tend to go toward groups that have political power, such as seniors and the relatively well-to-do.  Those without such power will lose out.