ConservativeBlog.org
Posted at 12:27h in Blog, Health by David Hogberg

The Commonwealth Fund is publishing a series of papers this month under the heading “Medicare at 50 Years.”  Yesterday the Fund released a paper under this series entitled “Medicare Payment Reform: Aligning Incentives for Better Care.”  In it, the authors note that ObamaCare “has created the Center for Medicare and Medicaid Innovation, which is developing and testing new models to improve the quality of care provided to Medicare beneficiaries while reducing spending.”

The Center for Medicare and Medicaid Innovation (CMMI)—something created by ObamaCare—has a bevy of new “payment models” that it is trying on Medicare: the initiatives for Accountable Care Organizations which include the Pioneer Program and the Medicare Shares Savings Program; the Comprehensive Primary Care initiative; the Multi-Payer Advanced Primary Care Practice demonstration; and the Bundled Payments for Care Improvement initiative.

The results* of those programs are not particularly relevant to this post.  Rather, what is striking about the paper the Fund released yesterday is that there is not a hint of skepticism that a bureaucracy like CMMI is capable of innovating.  Indeed, they conclude that the “ultimate goal is to transform the delivery of care for everyone, improving patient outcomes and care experiences, preventing avoidable hospitalization, and lowering costs.”

The end result will be one that stifles innovation.  As John Goodman states in his book Priceless:

Successful innovations are produced by entrepreneurs, challenging conventional thinking—not by bureaucrats trying to implement conventional thinking. There are lots of examples of successful entrepreneurship in healthcare. There are very few examples of successful bureaucracy. Can you think of any other market where the buyers of a product are trying to tell the sellers how to efficiently produce it?

Successful innovations are produced by entrepreneurs, challenging conventional thinking—not by bureaucrats trying to implement conventional thinking. There are lots of examples of successful entrepreneurship in healthcare. There are very few examples of successful bureaucracy. Can you think of any other market where the buyers of a product are trying to tell the sellers how to efficiently produce it? 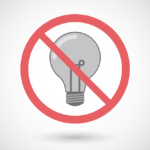 My forthcoming book, Medicare’s Victims, contains an example like this.  Chapter 9, titled “The Big Hospital Lobby” examines how general hospitals used their clout with Congress to stop the spread of smaller physician-owned specialty hospitals. Some excerpts of that chapter can be found at the Atlas Society’s website.

In the long run, the CMMI will become an agency dedicated to preserving the status-quo in Medicare.  True innovators will need not apply.

*The Accountable Care Initiatives have had, at best, mixed success so far, while the Comprehensive Primary Care Initiative has failed to achieve any significant cost savings or quality improvement.  The other programs are too young to have any measurable results.