ConservativeBlog.org
Posted at 04:01h in Blog, Health by David Hogberg

In early June, Mother Jones writer Kevin Drum stated, “don’t pay too much attention to scare stories about gigantic increases in Obamacare premiums next year.”  One reason, he said was that a “few months from now, the real rate increases—the ones approved by state and federal authorities—will begin to trickle out.”

Indeed, that has now happened in New Mexico.  Blue Cross and Blue Shield New Mexico (BCBSNM) had requested an average rate increase of over 50 percent for its exchange policies.  But early last week, the “Office of the Superintendent of Insurance denied the company’s 51.6 percent rate increase request.”

I suggested, back in June, that such denials were not going to be a common occurrence, and they may still not be.  But, for the sake of argument, let’s say Drum-1, Me-0.

Yet it will likely prove a pyrrhic victory for the left.  As I also noted at the time,

…let’s suppose that state and federal regulators take their machetes to the proposed rate hikes. That won’t be good for the exchanges either. If an insurer needs a 35 percent increase in a policy’s premium to cover costs, and regulators won’t allow the premium to rise more than 20 percent, chances are the insurer will take big losses on that policy again in 2016. If that happens too many times, the insurer will cut its losses and leave the exchange. Fewer insurers means less competition, which will cause premiums to rise even more in the long run. 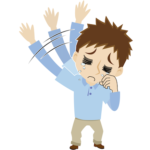 Here is BCBSNM’s response to the denial of their requested rate increase: “Blue Cross Blue Shield told the Albuquerque Business First they might leave the New Mexico Health Exchange. The insurance company says it isn’t able to offer sustainable rates without increasing premiums.”

But that’s no problem said Martin Hickey, CEO of the New Mexico Health Connections, another insurer on the New Mexico exchange.  If BCBSNW leaves, “We’ll certainly be ramping up and we’re confident that we’ll be able to take lots of new members,” said Hickey.

Of course, New Mexico Health Connections will eventually have to ask for hefty premium hikes if it receives many of BCBSNM’s sicker customers.  But Hickey probably realizes that won’t be much of a problem, since if BCBSNM leaves, there will only be four insurers on the New Mexico exchange.  Regulators will be loath to risk  reducing that number to three by rejecting a large rate increase request Health Connections.