ConservativeBlog.org
Posted at 03:51h in Blog, Health by David Hogberg

Let me start this blog post with a thank you to Brad Knollenberg and AccessRX America for doing an interview with me about my book, Medicare’s Victims: How the U.S. Government’s Largest Health Care Program Harms Patients and Impairs Physician.  The interview focuses a lot on the Part D portion of Medicare and how it impacts community pharmacists.  The issues surrounding community pharmacists were not my area of expertise, so thanks to Brad for providing me with a lot of information.  Interview is here.

On other matters, the Centers for Medicare & Medicaid Services (CMS) has proposed new regulations for Medicare’s treatment of amputees.  Although the issues are complicated, in short the new regulations will likely make it harder for amputees to qualify for prosthetic limbs. 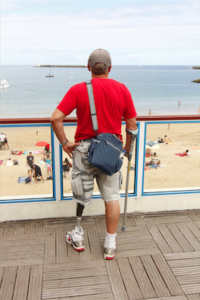 From the theory advanced in my book, this is fascinating—although from the perspective of amputees, it must be unnerving, to say the least.  As I argue in Medicare’s Victims, the sickest are often likely to be victims of Medicare because they lack political power—that is, they lack the ability to influence Congress on Medicare policy. First, not that many people get seriously ill in a given year, seldom enough to amount to much at the ballot box. Second, they are seldom in any condition to be organizing, protesting, donating to Congressional campaigns, etc. that are the sorts of things that can persuade Congress to make changes in Medicare policy.

There are only about 2 million amputees in the U.S., and not all of them are on Medicare.  That’s probably not enough to have much impact at the ballot box.  On the other hand, most amputees don’t have a debilitating illness.  They can engage in protesting, getting media attention and other activities that can influence Congress.  And they are not alone in this fight, as prosthetic manufacturers aren’t crazy about the proposed rules either.

Right now, the Amputee Coalition and the American Orthotic and Prosthetic Association are fighting CMS.  It will be interesting to see who prevails.