20 Nov 2015 A Partial Solution to the Syrian Refugee Debate 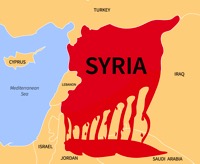 Some advocate settling Syrian refugees in the United States, saying, in effect, that the good America does by inviting them to our home outweighs any danger from embedded (or future) terrorists among them.

Others say our government’s first responsibility is the safety of American citizens, and as long as it is impossible to vet these refugees to make sure some of them won’t blow up innocent Americans, we should not admit them.

A partial compromise: Admit those among the refugees who are young children, on the condition that they go to American citizen families who wish to adopt them. Placement with a family could be required before the child enters the United States.

Most of the refugees are not young orphans, but enough are, and they inarguably are the most vulnerable of all the refugees. They also are the safest. Children who enter the U.S. and grow up in an American family as a son or daughter of the house will be fully assimilated. They are no more likely to become terrorists than any other boy or girl next door.

No nation is and has been more welcoming to its shores than the United States, and no people has adopted more orphans overseas than we have. There are many U.S. families looking to adopt. Why not match them, where a match is possible?

I know adopting — no pun intended — this idea will not stop the arguments, but it would help these orphans. I doubt many people would object. Why not give it a try?