ConservativeBlog.org
Posted at 21:23h in Articles, Blog by Amy Ridenour 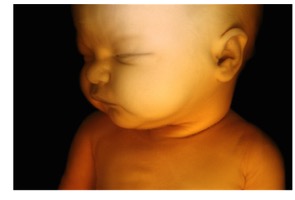 It’s no secret that the mainstream media under-reports the massive “March for Life” held every January 22nd in Washington, D.C.

Will it do any better this year?

In 2013, the National Center for Public Policy Research’s David Almasi took the issue to the shareholder meeting of the then-publicly-held Washington Post and asked why the Post gave less coverage to hundreds of thousands of people attending the 2013 March for Life than to vastly smaller rallies touting the liberal position on gun control and the Keystone pipeline.

As the National Center reported in a May 9, 2013 press release, here’s how the Washington Post responded:

In response, Post Company chairman and CEO Donald Graham, who served as the paper’s publisher in 1990, said he agreed with the criticism of the paper’s abortion reporting at that time and said the Post’s job in reporting the news is “not to take sides.” However, he added, “that’s not to say we don’t make mistakes.”

Graham handed off the question to current Post publisher Katherine Weymouth, who added: “[W]e’re far from perfect — we do make mistakes.” In a private conversation with Almasi after the conclusion of the meeting, Weymouth suggested around “90 percent” of the Post newsroom holds liberal political beliefs and “obviously their bias comes through” on occasion. “We can’t be perfect,” Weymouth reiterated. Almasi pointed out that the Post’s apparent bias against large pro-life events such as the annual March for Life is a recurring problem with the paper.

“Every year, the hundreds of thousands of people who trek to Washington in January — often in snow and rain — for the March for Life get a small story in the Metro section for their efforts. And it usually includes a photo of the handful of pro-abortion counter-protesters who show up — diluting the coverage and potentially making someone not reading the article think it was a pro-abortion event. This year, the apparent bias was compounded when a gun control rally of less than 1,000 people the next day received better coverage. And another smaller rally against the Keystone XL pipeline made the front section,” said Almasi. “People consider Congress more credible than the reporters who cover them these days, and the Washington Post is seen as the poster child for bias for this kind of reporting.”

To the Washington Post’s credit, the very next year, 2014, its coverage of the March for Life was much more fair. As this blog, in an article by David Almasi, reported on January 23, 2014:

After being taken to task for virtually ignoring what they now report is “the world’s largest” pro-life event that has been happening on their home turf for decades, it appears the shareholder activism of the National Center&’s Free Enterprise Project prompted the Washington Post to upgrade its coverage of the annual March for Life. 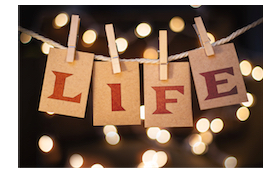 Every January 22, the anniversary of the release of the Roe v. Wade opinion by the U.S. Supreme Court, hundreds of thousands of pro-life activists converge on the nation’s capital in all forms of weather. That should be enough of a story all by itself.

Yesterday, the federal government was officially closed. It was the day after a major (by D.C. standards) snowstorm that paralyzed the region. Yet March for Life organizers reported that hundreds of thousands still attended (and the Post reported temperatures at the March were near the single digits and that many buses and trains bringing people to the March were cancelled due to the weather). Police no longer issue crowd estimates.

Coverage of this major event in the Washington Post used to be meager. Not this year.

This year’s March for Life received coverage on page 2 of the front section of the Post. Last year, it was covered on page 1 of the Metro section – and received less-favorable coverage than a story that appeared the following day about a rally of less than a thousand people who supported gun control…

In the intervening time, the Washington Post was sold to Amazon.com’s Jeff Bezos. The leadership of the Post — partially — changed. The Post’s coverage of the 2015 March for Life was noticeably less fair.

…So how did the Washington Post do on reporting the March for Life in 2015? I think a liberal newsroom is beginning to reassert its authority.

Consider the statistics. The 1/23/15 article for the 2015 March for Life is on page A-6 — in the front section and above the fold. Some would consider that buried, as opposed to being on the front page of the Metro section.

In an article with a total of 27.2 column inches, only about 6.75 inches is actually devoted to the March itself. There is 3.5 inches for people who participated to support life issues besides abortion (namely, anti-capital punishment) and 2.75 inches about March leadership not allowing representatives of those other causes to address marchers at a rally. And 2.125 inches was allocated to a pro-abortion Catholic activist. The rest was devoted to abortion-related news from places elsewhere than the teeming streets of D.C on a cold day in January.

Furthermore, the photo accompanying the article prominently featured pro-abortion protesters…Imagine that. Hundreds of thousands of people rally for the pro-life cause the day after a major snowstorm and the Washington Post ran a picture of pro-abortion activists. How much more clear a picture of bias could there be?

If they want to. We’ll see when tomorrow’s Post comes out.