Press Release
Posted at 11:17h in Free Enterprise Project by The National Center

Jesse Jackson Addressed Shareholder Meeting, Saying FBI Could Use a ‘Back Door’ Into the iPhone to Spy on His Group and Black Lives Matter

Cupertino, CA / Washington, D.C. – A proposal asking the management of Apple, Inc. to issue a report to shareholders on the company’s business operations in regions with systemic human rights violations was presented at Apple’s annual shareholder meeting today by the Free Enterprise Project of the National Center for Public Policy Research. 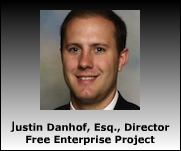 Speaking on behalf of the proposal, Free Enterprise Project Director Justin Danhof, Esq. noted that Apple CEO Tim Cook wrote an op-ed in the Washington Post calling on “many more” people to fight against discrimination.

Our proposal takes Mr. Cook up on this. Apple operates in 17 nations where homosexuality is outlawed. In four of those countries, homosexual acts are punishable by death. Women have almost no rights in numerous countries in which Apple does business. And try getting a fair trial in many of these nations.

Let us as shareholders of Apple “join this movement,” as Mr. Cook said, and question why Apple is operating in nations when doing so requires Apple to discriminate, and to acquiesce in discrimination. Could a woman even drive a shipment of iPhones to Apple’s sales location in Saudi Arabia? Or work in the store without the permission of a male relative?

Our proposal simply asks management to prepare a report identifying Apple’s criteria for operating in regions with significant and systemic human rights violations. As Mr. Cook himself wrote, “Opposing discrimination takes courage. With the lives and dignity of so many people at stake, it’s time for all of us to be courageous.”

The full text of Danhof’s remarks at the Apple meeting, as prepared for delivery, can be found here.

Today, we sent a clear message to Apple’s leadership that religious bigotry has no place in the corporate boardroom. Our shareholder proposal highlighted an issue of growing importance – corporate involvement in political and legal issues. Apple and its CEO, Tim Cook, are not Constitutional scholars when it comes to religious issues. This showed when Cook penned an op-ed in the Washington Post that was rife with falsehoods regarding religious freedom restoration laws.

I was encouraged by the support of the shareholders in attendance at today’s meeting. When I pointed out that Cook had misled folks on this important issue, and that Apple’s own operations fail to live up to Cook’s haughty prose, and asked for support for our proposal, a significant portion of the shareholders applauded.

Breaking from the norm, Cook did not address the National Center’s proposal at the meeting. At prior Apple meetings, Cook has gone out of his way to attack National Center proposals, including one regarding green energy and another trying to get to the bottom of Apple’s mysterious ability to earn approval from a green ratings agency for its laptops. Today, however, Cook’s silence was deafening. And that’s part of the goal of the National Center’s Religious Freedom Defense Initiative. We are striving to remove corporate America from debates that are better left to legislatures and the courts – bodies which are accountable to the American people – or, at the very least, to encourage corporate America to take these debates seriously, speaking about them accurately and with the goal of improving our country, not maximizing their own profits at public expense.

Cook’s op-ed represented a new type of totalitarianism that is sweeping the nation. From college campuses with their ever-growing “safe spaces,” to Congress and the court system, there is a left-wing effort to remove all thought and speech that doesn’t toe the liberal line. Whether the issue is race, sexual orientation or police activity, there has rarely been a time when freedom of expression and association were under such an extreme assault. America is a nation that has always looked out for, and given special protection to, its discreet and insular minorities. Today, that is an Indiana pizza shop just trying to sell its products and a Christian baker in Oregon who is forced to go to a reeducation camp for not wanting to bake a cake for a gay wedding. Cook took the weight of the Apple – one of the most powerful corporations in the world – and stomped on their necks.

Apple’s current spat with the FBI over encryption and privacy rights came up repeatedly, if vaguely. It was the most often discussed topic other than iPhone sales, probably. Jesse Jackson was even on hand for overly-long comments complaining, in his paranoid manner, that some future conservative president could use a backdoor into the iPhone to spy on his group, and groups such as Black Lives Matter.

I agree with Apple’s legal position regarding the Fourth Amendment’s privacy guarantees, but I believe the media are missing another important Constitutional issue – the First Amendment’s speech protections. The government cannot coerce or compel an individual to sign a petition or support a referendum or political candidate. In the same way, it should not be permitted to compel Apple to write a code that would cause the company and its employees to contravene their deeply-held views on privacy rights.

Apple has asked shareholders to vote against the National Center’s proposal, saying “the requested report is unnecessary and would not provide meaningful information to shareholders.”

The full text of the National Center’s shareholder proposal can be found here on page 62; Apple’s statement of opposition is on page 63.

More information about the National Center’s proposal is available here and here.