ConservativeBlog.org
Posted at 11:09h in Articles, Blog by Amy Ridenour 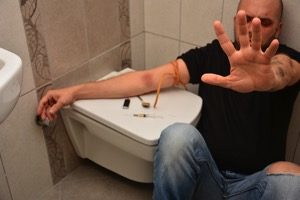 Why shouldn’t farmers have to get drug-tested before they receive agricultural subsidies or participate in federal agriculture programs, if people on various welfare programs, including food stamps (SNAP), do?

So asks Rep. Rosa DeLauro (D-CT) in a Colin Taylor article for Occupy Democrats, but she is only one of many liberals to whine recently about drug tests for people who rely on their fellow citizens to meet their basic needs (Think Progress also complains about this a lot).

This whining has more to do with the left trying to make people resentful than anything else, but I’ll address the policy aspect anyway.

#1: People who receive agriculture subsidies, such as the federal crop insurance that DeLauro whines about, are functioning. The public isn’t wondering if drug-taking is the reason they aren’t functioning because they are functioning. The left can glorify poverty all it wants, but it can’t change the basic fact that if a person cannot take care of himself or herself and his/her dependents, he or she is not fully functioning. Something is wrong. Why shouldn’t the people who are being required under penalty of law to pay another person’s bills be able to find out what, precisely, is wrong?

If a farmer applies for a genuine welfare payment, he or she would get the same drug tests, if any, that anyone else in their state gets for that particular welfare program.

#3: Advocates of taxpayer giveaway programs, if they care at all about the recipients (I believe they mostly care about stoking resentment so they can drive resentful people to the polls and keep themselves in office), should support the drug tests, because the public at-large is more willing to support welfare programs if they believe the recipients are worthy of their support. One can argue the issue, but taxpayers are far more likely to support welfare programs if they believe most of the recipients are hardworking Moms and Dads who can’t quite make ends meet, or someone who cannot find a job despite genuinely trying to do so, as opposed to a drug addict who isn’t even trying to be self-sufficient.

Yes, quitting heroin is no easy thing and all that, but we all know I’m right. If the left wants broad public support for welfare programs, it should support drug tests so it can more effectively argue in the legislatures that the welfare recipients truly deserve the help.

As for agriculture subsidies, Rep. DeLauro: You aren’t known for your efforts to cut them, or much else in the way of outlandish and unnecessary federal spending. Why don’t you stop whining about drug tests and work on cutting spending — including agriculture spending (which is excessive – very excessive, and which should be cut) — instead?

If you don’t, you’re just another politician who is more interested in promoting divisiveness for political purposes than in genuinely helping the poor or the taxpayers. Shame on you.