05 Mar 2016 U.S. Senate Makes Bill to Fight Opioid Abuse a Priority, But Why Isn’t This Best Left to States and Localities?

ConservativeBlog.org
Posted at 10:35h in Blog, Health by Amy Ridenour 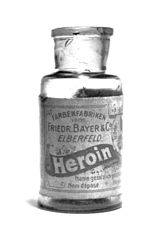 Hate to be a skunk at a garden party (as usual!), but I question the conventional wisdom about S.524, the Comprehensive Addiction and Recovery Act of 2016, a bi-partisan bill that permits the Justice Department and HHS to make grants and run task forces and undertake other measures to combat prescription opioid and heroin abuse.

The bill, sponsored by Senators Rob Portman (R-OH) and Sheldon Whitehouse (D-RI), is reportedly a high priority of the Senate. The news media, to the extent I have seen, consistently reports of the importance of getting it passed, and soon. I never see it report any skepticism.

Mindful that ObamaCare has a mandatory requirement that health insurance companies cover drug abuse programs, and that it is now mandatory for Americans to have health insurance in some form, I was wondering why this bill is necessary.

After reading it, I’m unconvinced. It’s not that the bill does bad things, exactly, but it’s hard to believe some of the money won’t be wasted – task forces that issue reports (will they even be read?) and yet more government conferences that seem more likely to help government employees stay employed and visit with one another than to combat opioid abuse.

Other provisions are more direct, but I wonder why the programs they fund, if desired, are a federal as opposed to state or local responsibility.

For example, why is federal intervention necessary to train local EMS employees in the use of drugs to help or even save people who may be suffering an opioid overdose? EMS employees receive training in many things (almost certainly including handling drug overdoses) already. Why does opioid overdose require special intervention? Why would any competent EMS training program not include it already? (And if an incompetent training program, why would we assume a federal grant would help?)

Similarly, the legislation has opportunities for grants for kids in public schools to be warned against drug abuse. The schools already exist; all the schools presumably have competent teachers; warning kids against drug abuse does not require expensive equipment. Furthermore, there are many sample lesson plans and programs out there if any schools don’t exactly know how to best warn kids about drug abuse, so no one need to expensively reinvent the wheel. And if extra funding is necessary (presumably not a lot), why would it be a federal responsibility anyway? The locality can budget for the lessons just as it budgets for all its other lessons.

Another program trains police departments in law enforcement-related aspects of enforcing our drug laws. Again, why is training people to enforce these laws any more a challenge than training them to enforce other laws? And aren’t localities already training police officers in this area?

Is it really more efficient, in terms of best use of taxpayer dollars, to send the funds to Washington, so localities can go to the expense of sending in proposals in the hope of getting a limited-term grant, as opposed to, say, the state of Rhode Island budgeting properly to train its police officers, its EMS personnel, and so forth, and then just doing so, in a straightforward manner, in the way that best meets the needs of the people of Rhode Island?

I’ve only mentioned a small part of the grants and programs the bill wants to fund, so please, Google it and read it for yourself if this topic has caught your interest. If, after doing so, or if you already understand this bill well, you see why this federal legislation provides a more efficient and effective route to stemming opioid abuse than states could do on their own, please feel free to share your thoughts.

Honestly, short of any provisions that enhance border security to keep heroin out, all I’m seeing is that the Feds can borrow and/or print money to pay for this, whereas the states and localities are more likely to have to use funds from a funded budget. But that, surely, is an argument for keeping the job local. The federal debt is already $19 trillion. Surely, at minimum, we should make whatever government spending we do have as efficient as possible.

We’ll post this on our Facebook pages. Feel free to comment there or on Twitter (our social media URLs are on the top left of this page) or email this blog at [email protected] if you think I’m off-base here and want to set me straight.