23 Mar 2016 Did Zoolander Influence the Future of iPhones?

Justin Danhof, Esq., the director of our Free Enterprise Project, appeared on the Fox Business Network’s “Cavuto: Coast to Coast” Monday to discuss the future of the iPhone, Apple’s battle with the FBI, Jesse Jackson’s appearance at the Apple shareholder meeting, and more. 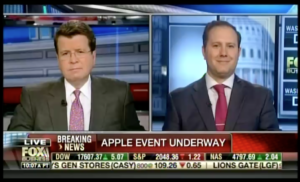 To view his appearance, including how the “Zoolander” movie may have influenced the future of the iPhone, watch the clip below.