ConservativeBlog.org
Posted at 16:39h in Articles, Blog by Amy Ridenour

I wrote on March 12 about the insane idea that public restrooms “owe” women free tampons if they don’t charge for toilet paper.

Some go so far as to say universities should offer “free” tampons with student tuition money so homeless women can go on campuses to get tampons without paying — as if tuition on most campuses isn’t high enough already. 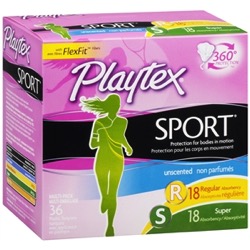 In my earlier post, I questioned this logic and also the maturity of adults who believe they are entitled to have their needs met by others.

It occurs to me now that I missed two other key points in this ridiculous debate.

First, the feminist activists think it’s a key point that women use tampons while men do not (so, somehow, out of fairness, tampons should be free), but they ignore the fact that there are other things men need that women do not, and they are not provided free to the men.

For example, the average adult male needs more calories than the average female simply to survive.

By the logic of the free-tampon-feminists, men should get part of their food for free simply because they need more than women do. Eating is as much a normal biological function as menstruation.

Second, ever notice that very many public restrooms lock down the toilet paper in devices that make it difficult for people to steal the rolls?

That’s because some people actually do steal toilet paper rolls.

Think about tampons and pads for a second.

How do you distribute them for free in public restrooms without some ladies (well, Emily Post would probably say they aren’t ladies if they are thieves) filling their purse with them?

I suspect it is actually impossible to make tampons and pads free in many restrooms, because they’d continuously be stolen.

If someone has invented a device that gets around this problem, please, someone email me at [email protected] and tell me.