ConservativeBlog.org
Posted at 13:21h in Articles, Blog by Amy Ridenour 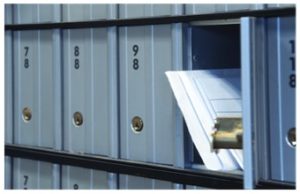 The news media is running yet another story about a postal worker throwing away the public’s mail — this time, in the woods.

The post office tells the news media that the man who threw the mail away is a part-time employee — as if that matters! He worked for the post office. He threw away the mail. A member of the public noticed; not anyone at the post office.

The country is going to continue to have mail service problems like this as long as the post office remains a monopoly. How many of these incidents are there that the news media never hears about, or hears about but does not report? My guess is that we in the public learn about only a small fraction of these incidents.

Our own institution has MANY post office malfeasance stories. For just one example, last year, we decided to switch over to using a post office box for our incoming mail.

Eventually, we closed the box and went back to using a street address because it was clear that for whatever reason, the post office authorities weren’t going to allow us to have a functioning post office box. I’m not saying they singled us out as ineligible to purchase a service everyone else in the country theoretically can purchase — although, who knows? But you have to assume they could fix the problem had they wanted to do so, and they did not fix it.

So when I see stories like this in the press, I think of one word: privatization.