Much has been made about the unprecedented number of Obama Administration “midnight regulations,” those rules issued between Election Day and the Trump inauguration.

The Obama administration issued an estimated $157 billion worth of midnight regulations, according to the American Action Forum, headed by Douglas Holtz-Eakin, former Director of the Congressional Budget Office. 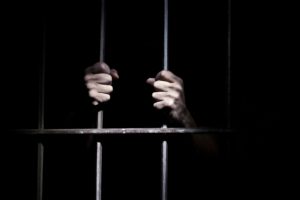 And that doesn’t include dictates that circumvented the formal rule-making process.

Certainly, it is within a president’s power to issue midnight orders and regulations until the last day of his term. Presidents from both parties have historically ramped up regulations as lame ducks.

But, especially for controversial policies published in not only the final months and weeks, but days and hours, of an administration, extra scrutiny is not only justified, but urgently needed.

On January 19th, 2017, the U.S. Fish and Wildlife Service banned the use of traditional, lead-containing ammunition and fishing tackle on all lands and waters subject to U.S. Fish and Wildlife Service control. The ban didn’t go through the rule-making process, but was rather an order by an agency, so it wasn’t subject to the review and comment period required by law. Nonetheless, agencies frequently consult with those who would be most effected, in an effort to narrowly tailor the approach to meet the policy objective.

As was often the case in the Obama administration, those interests weren’t consulted.

“This directive is irresponsible and driven not out of sound science but unchecked politics,” said Lawrence Keane, of the National Shooting Sports Foundation, the trade association for the firearms, ammunition, hunting and shooting sports industries.

“The timing alone is suspect,” according to Keane. “This directive was published without dialogue with industry, sportsmen and conservationists. The next director should immediately rescind this, and instead create policy based upon scientific evidence of population impacts with regard to the use of traditional ammunition.”

Industry isn’t the only group up in arms. Nick Wiley, president of The Association of Fish & Wildlife Agencies, which represents local government agencies, stated, “This action flies squarely in the face of a long and constructive tradition of states working in partnership with the Service to effectively manage fish and wildlife resources.”

Wiley, whose group speaks for government agencies in even the bluest of states, said “The association views this order as a breach of trust and deeply disappointing given that it was a complete surprise and there was no current dialogue or input from fish and wildlife agencies prior to issuance.”

Surprise was the order of the day throughout mid-January. One of the Obama administration’s final regulations was rushed out the door on January 9, in the form of an Occupational Safety and Health Administration(OSHA) rule creating standards for occupational exposure to beryllium.

Rules on beryllium exposure have been under consideration since 1975, but Republican and Democratic administrations alike didn’t act, despite pressure from activist groups who rarely believe in any safe level of chemical exposure, no matter the science.

Back in 2015, OSHA announced a proposed rule on the issue, giving stakeholders from every perspective adequate time to review and analyze the data and policy goals of the proposed rule.

The proposed rule did not apply to beryllium in construction and maritime use, presumably because only trace amounts of beryllium are present, and those industries are already subject to stringent worker protections.

But when the final rule was published on January 9th, OSHA announced that it had dramatically cut allowable exposure levels across the board, much more than was in the proposed rule. It also completely changed course on the scope of the rule, deciding for the first time to include the abrasive blasting industry under the beryllium regulations.

It’s akin to an agency spending decades considering regulations on transportation, and only after publishing a proposed rule on airplanes, at the last minute, and without notice or opportunity for comment, it tightens the rules and, oh, also applies them to cars.

Central to the rule-making process is the idea that the public, including stakeholders, can review the record and analyze the data and analysis behind a proposed rule. But that wasn’t the case for the construction and maritime industry, which had been exempted from the proposed rule, for good reason. Beryllium in abrasive blasting is fundamentally different from beryllium exposure in other occupational settings, and is subject to entirely different regulations already in place.

In fact, OSHA’s justification for the overhauled version of the rule was never shared with the public, even when the revision was made public in the last day of the Obama administration.

For instance, OSHA’s assertion that the rule “will save 94 lives from beryllium-related diseases and prevent 46 new cases of chronic beryllium disease each year, once the effects of the rule are fully realized” is completely undocumented in the OSHA announcement of the final rule.

The OSHA regulation was an exclamation point on President Obama’s farcical claim that his administration would be the most transparent in history.

Our system provides a wide range of checks against the very type of rushed regulatory oversteps for which the Obama administration’s waning days will be remembered.

First and foremost, elections have consequences. Certainly, Trump administration agencies could quickly reverse certain policies, such as the ammunition rule, which was not part of a formal rule-making. But for formal regulations, the process of unwinding them through new rule-makings, would be a time-consuming, costly, and a potentially unnecessary process.

The rarely used Congressional Review Act (CRA), signed into law by President Clinton in 1996, was established for just circumstances like those we now face. The law allows a simple majority of Congress to  “disapprove” of new rules. But this check has a balance: it has to be signed by the president. And presidents don’t like being overturned. That’s where electoral consequences come in.

As James Gattuso, the senior research fellow in regulatory policy at The Heritage Foundation and his colleague Daren Bakst wrote on Dec, 26, 2016, “In 2017, however, the stars are aligned for the CRA to play a much greater role.”

Despite major rifts between congressional Republicans and the new Republican president, the need to roll back, in toto, midnight regulations, is something that should unite them. And while their votes aren’t practically required, many Democrats, especially those facing re-election, are likely to agree.

“Black America Consistently Loses When We Have Mob Justice”

ConservativeBlog.org / September 24, 2020
After a grand jury found only enough evidence to indict one of the Louisville police officers involved in the death of Breonna Taylor during a …
READ MORE

ConservativeBlog.org / September 22, 2020
Asked about rioting in cities and the leftist narrative that “systemic racism” runs through American society, Project 21 member Vince Ellison called this a tactic …
READ MORE
The National Center for Public Policy Research is a communications and research foundation supportive of a strong national defense and dedicated to providing free market solutions to today’s public policy problems. We believe that the principles of a free market, individual liberty and personal responsibility provide the greatest hope for meeting the challenges facing America in the 21st century.
Learn More About Us
Subscribe to Our Updates