The body of scientific evidence keeps getting more robust. E-cigarettes are dramatically less harmful than cigarettes, they are helping smokers quit, and are not a gateway to smoking.

Yet ideological opposition persists, and is influencing governments around the world. Last month, the government of Taiwan proposed an all out ban on e-cigarettes as part of their revision to their Tobacco Hazards Prevention and Control Act. 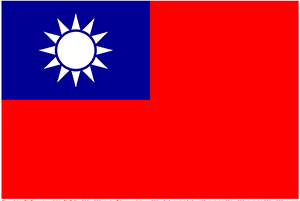 Below, are the comments that the Risk Analysis Division submitted to the Health Promotion Administration at the Ministry of Health and Welfare.

I am the director of the Risk Analysis Division at the National Center for Public Policy Research in Washington, D.C. As a expert on public health policy with a particular focus on tobacco policy, I share the government’s interest in taking steps to reduce the harms caused by smoking cigarettes. For this reason, I would like to share a perspective that may not have been fully considered when the proposed seven-point revision to the Tobacco Hazards Prevention Act was first written.

My concerns are focused on the proposed ban of e-cigarettes and other alternatives to cigarette smoking. I believe the ban on these lower risk products will have the unintended consequence of doing the opposite of what the government hopes to achieve- reducing the harms caused by smoking.

I have provided testimony on these issues before the U.S. Food and Drug Administration, the White House and lawmakers both at the federal and local levels. I have found that when forward-thinking policy-makers take the time to understand the issues, they realize the benefits of a regulatory approach which allows adult smokers to consider these products as a much lower risk alternative to smoking.

The evidence is increasingly clear: e-cigarettes and emerging non-combustible tobacco products are dramatically less harmful than cigarette smoking and have helped people around the world quit smoking. Without access to these choices, people who would have used these products to quit smoking are left with a terrible choice: “quit or die.”

Cigarettes are uniquely harmful because combustion of tobacco creates harmful chemicals that are responsible for almost all of the harms caused by tobacco and nicotine products. In fact, nicotine is medically approved throughout the world to help smokers quit. Unfortunately, these medicinal products have not been effective for most smokers.

Non-combustible products such as e-cigarettes and heated tobacco can deliver nicotine, but do not deliver the dangerous chemicals produced by combustion.

In the largest government report ever produced on the issue, Public Health England concluded that “that e-cigarettes are significantly less harmful to health than tobacco and have the potential to help smokers quit smoking.”

Further, the esteemed Royal College of Physicians now recommends that doctors “promote e-cigarettes widely as substitute for smoking.” With such advice, it’s no surprise that smoking rates in the UK are declining as more smokers switch to these dramatically lower risk products.

New products coming to the market which heat, rather than burn tobacco are also promising. The heat releases nicotine aerosol, but not the chemicals of combustion. The evidence from Japan suggests these products appeal to many smokers who want the nicotine, as well as the smoking behavior, but not the smoking-related diseases.

In order to properly protect public health, it is imperative that policy-makers are able to distinguish nicotine from smoking. Without a full understanding of the science, it is easy to put all nicotine products in the same category as cigarettes, since for too long, cigarette smoking has been the most common way people consumed nicotine.  This is tragic because we’ve known for a long time that people smoke for the nicotine but die from the tar.

The arrival of products which deliver nicotine without the tar represents perhaps the most exciting development in the campaign to help addicted smokers quit. Policies should encourage switching, especially for smokers who haven’t been able to quit using other approaches.

I would be happy to provide any additional information that would help you as you continue to learn more about the issue. You may reach me at [email protected]