Washington, D.C. – Over three dozen free-market organizations, trade associations, businesses, former federal officials and current lawmakers have signed a letter to President Donald Trump from the National Center for Public Policy Research seeking comprehensive reform of the Antiquities Act and a rollback of national monument designations that threaten economic development and private property rights. The letter asks the Trump Administration to “deal more forcibly with the abuses that have plagued the program for decades” and “restor[e] integrity and transparency to a process that for too long has been lacking in both.”

“In keeping with President Trump’s campaign pledge to undo the harm massive national monument designations have inflicted on rural areas in the West and Maine, as well as fishing communities along the Northeast coast, the White House needs to take bold action,” said National Center Senior Fellow Bonner Cohen, Ph.D. “Just trimming around the edges, as Secretary Zinke has proposed, won’t do.”

Responding to an executive order issued by President Trump in April, Interior Secretary Ryan Zinke sent a draft review of national monument designations to the White House in late August. While the draft report allegedly seeks to curtail the overreach of the Antiquities Act in designating monuments, and suggests scaling back some recent designations, it apparently does not advocate for completely rescinding any monument designations.

The 37 signatories of the National Center’s letter include leaders of prominent free-market environmental groups such as the Competitive Enterprise Institute, Mountain States Legal Foundation and Committee for a Constructive Tomorrow. It is signed by former Interior Department officials: G. Ray Arnett, assistant secretary of fish and wildlife and parks during the Reagan Administration, and George Rasley, the former assistant director of the National Park Service during the presidency of George H.W. Bush. Current Idaho State Representative Judy Boyle and former California State Senate Minority Leader Dennis Hollingsworth have signed the letter, as well as trade associations and businesses representing agriculture, logging and other interests.

The letter points out that many national monument designations are unconstitutional. Even though wilderness areas require congressional authorization, the letter notes that “[m]any of today’s national monuments are de facto wilderness areas where strict land- or sea-use restrictions are in place.” The letter adds: “In what is a complete distortion of the Antiquities Act’s original intent, monument designations — whether on land or at sea — frequently involve thousands of square miles that are permanently off-limits to almost all economic activity.”

To remedy the problem, the National Center’s letter advises: “With this history of abuse in mind, we strongly urge the Trump Administration to make a dramatic break with the past and begin to undo the injustices perpetrated in the name of designating national monuments… Federal law has also been circumvented by the executive branch in designating national monuments. It is time for this unconstitutional practice to end.”

In particular, the letter recommends fully rescinding the national monument designations for the Grand Staircase-Escalante and Bears Ears National Monuments in Utah, the Katahdin Woods and Water National Monument in Maine and the Northeast Canyons and Seamounts Marine National Monument off the coast of New England. 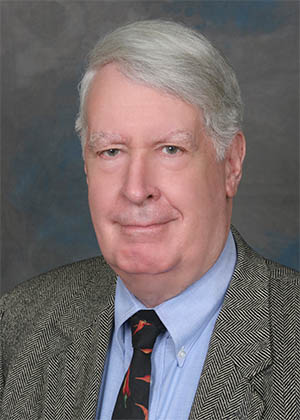 “President Trump directed Secretary Zinke to review the antiquated Antiquities Act because he recognizes it is terribly flawed. Radical pressure groups have worked with their allies in government to use it to prevent the American people from accessing natural resources found on already well-protected public lands owned, managed and regulated by the federal government,” said National Center Senior Fellow R.J. Smith. “The Antiquities Act is used to lock up clean coal deposits, shut down well-regulated fisheries, prevent ranchers from grazing their cattle, close access and recreation opportunities and even take private property. Our coalition asks the Trump Administration to recognize and end these inherent problems by rescinding unnecessary and harmful designations while returning to environmental policy that embraces multiple-use goals.”

Legislation to overhaul the Antiquities Act was passed out of the National Resources Committee of the U.S. House of Representatives last week. This bill would allow a president to reduce the size of existing national monuments while placing more restrictions on the ability to create new ones.