ConservativeBlog.org
Posted at 15:25h in Blog by David Almasi

Millennial auteur Lena Dunham is having a rough time maintaining her relevance these days.  I’m glad this blog helped point out her hypocrisy and help in starting that decline years ago.

With her show off the air and having gone all-in for Clinton during the last election, it seems Dunham is grasping for attention. She may have now finally worn out her pop culture welcome.

In a New York Post column, “Good Riddance to Lena Dunham,” Maureen Callahan writes: “She speaks, usually unbidden, with complete moral and philosophical authority – until she’s called out online, at which point she furiously and pathetically backpedals.”

[Dunham is] a total hypocrite who claims we’re the ones who have issues with her body and slovenly dress, yet she strains to appear sexy and glamorous on the red carpet. She wants desperately to be liked while claiming she doesn’t care if we like her. She’s a narcissist who possesses no intellectual rigor, no belief system, no relationship with the truth.

Her most recent misstep is her defense of a friend who wrote for her old show “Girls” who has been accused of raping a 17-year-old girl in 2012. The hypocrisy of Dunham’s “confident” assertion that it was one of a few “misreported” sexual assault claims came just months after she confidently tweeted that rape is something “women don’t lie about.”

This is not a single career-ending moment. Her credibility as a voice for young America began eroding just about the moment she stepped into the limelight. One just needed to look closely for what the mainstream media didn’t want to report about her. Callahan noted that Dunham:

But Callahan did not focus on Dunham’s political activity, of which her missteps in voting were caught by this blog in 2013. 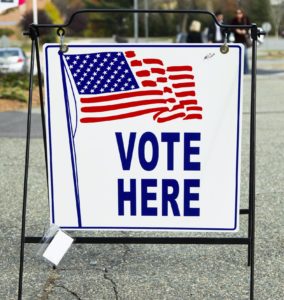 Dunham, who proudly equated voting for Barack Obama in 2008 with losing her virginity, technically voted at the wrong polling place in 2012. While she chronicled her harrowing effort to get back to New York City to vote, she went to her old polling place in Manhattan rather than the Brooklyn location she was assigned to at that time. The only thing that preserved her vote was that provisional voting was allowed on an emergency basis due to the chaos caused be Superstorm Sandy. But that saving grace did not seem to be on her mind back then – just that we needed to regard her as a hero for flying cross-country in a frenzy to vote when she could have planned in advance and voted absentee.

Citing Dunham’s Animal Farm-style approach to rape accusations, Callahan wrote: “Finally, the star and creator of ‘Girls’ has been exposed as the empty vessel she is.” We at the National Center saw (and exposed) quite enough to substantiate that assertion nearly five years ago!