There are forces suspected of being hard at work to influence American politics on behalf of the Russian government. Not to influence our elections, but to shape policy on fossil fuels and related environmental issues.

It’s the greens who may be working for the reds!

To remedy this possible threat, Congress is moving forward on legislation to amend the Foreign Agents Registration Act (FARA) and shed light on those who may be doing Putin’s – or any other government’s – bidding. 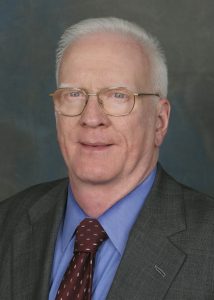 The Foreign Agents Registration Act calls on individuals and organizations to provide full disclosure when they are working to advance the public policy interests of a foreign government. This appears to be exactly what these green groups are doing, and the law should be applied to them.

The “Disclosing Foreign Influence Act” (H.R. 4710) , which recently passed out of the House Judiciary Committee, “addresses the ambiguity in the existing law and increases transparency and oversight in [U.S. Department of Justice] enforcement efforts” by “clarifying disclosure obligations of foreign agents, improving investigative tools for federal officials and providing new reporting requirements on the implementation of the law.” A companion bill [https://mikejohnson.house.gov/media/press-releases/rep-johnson-sen-grassley-introduce-bill-shine-light-foreign-influences] was introduced in the Senate by Senator Charles Grassley.

There’s good reason to introduce such legislation at this time.

According to the Daily Signal report, a “money trail” appears to reveal ties between the Russian government and American environmental groups opposed to hydraulic fracturing (fracking) and pipeline construction. Former CIA official Ken Stiles said two groups based in Virginia may be “agents of influence” for the Putin regime.

FARA requires those acting “in a political or quasi-political capacity” for foreign powers disclose their relationships and report their activities to the Justice Department. Representative Johnson’s bill would tighten the loopholes that currently allow groups to “operate in the shadows” without abiding by FARA guidelines.

While not exclusively targeting Russia, these examples make a strong case for the bill and expose potential collusion – wittingly or not. Professor Paul Kengor of Grove City College told the Daily Signal:

A very important consideration is whether these domestic forces among U.S. environmental groups actually know that they are being targeted and exploited by the Russians. Moreover, if they are willfully working with Vladimir Putin’s Russia – deliberate collusion – then that would be egregious and a very serious matter demanding our government’s fully investigating the situation.