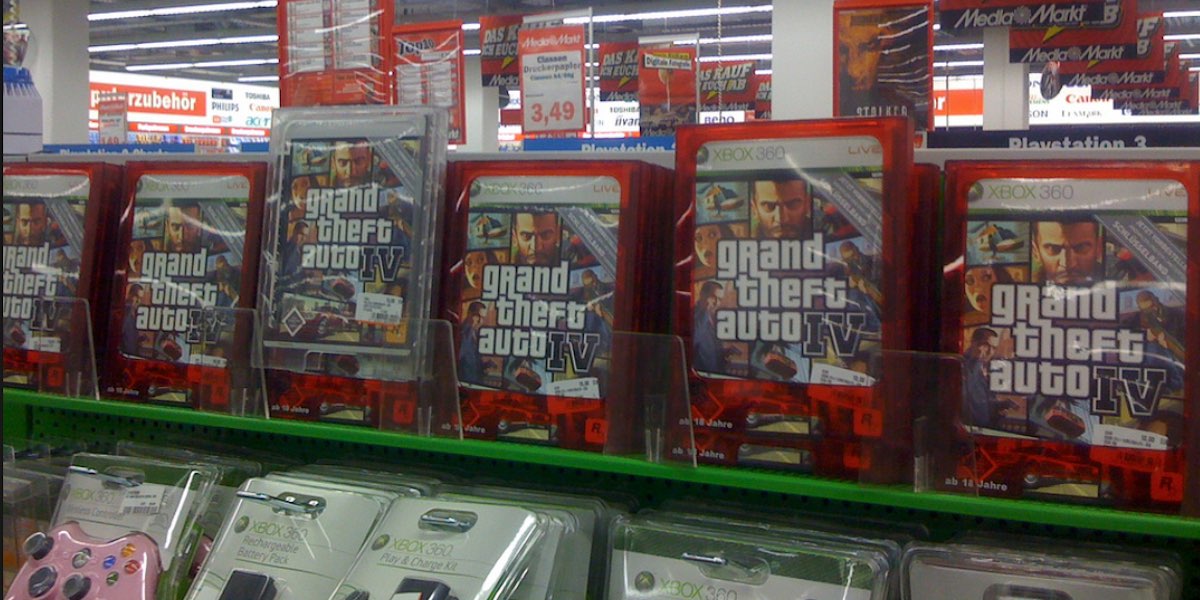 ConservativeBlog.org
Posted at 06:00h in Blog by David Almasi 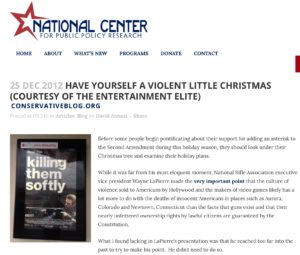 I wrote a blog post back in 2012 after the Sandy Hook school shooting that lamented the lack of attention paid to the role of the entertainment media in fostering America’s alleged “gun culture.”

More than five years later, it seems the same elements are at play:

And there’s still no serious attention given to how much movies, television, videogames and music contribute to a coarsening of the culture that I believe fuels the anger that can lead to deadly rampages.

I can’t say that I’d retract anything I wrote back then. For instance:

We live in an America where kids who are six-years-old and seven-years-old are suspended for making guns out of their fingers. President Obama is surrounded by well-armed Secret Service agents who disallow forks and knives at a dinner in which the President works the crowd (they insisted the meals be served pre-cut).

Yet we are told there’s nothing to fear about people playing video games or watching entertainment offerings for hours on end that depict human life being worth very little – a world in which redemption is a “reset” click away?…

The NRA, in reality, is the gun nerd lobby. Hollywood and the video game developers are the warmongers and promoters of violence. They are the ones who lobby against anyone who might take the violence out of gun culture. They’ll embrace the First Amendment while bashing the Second Amendment.

If anything, I might add new problems brought into the fold by the entertainment elite such as YouTube and social media in general.

There is at least one high-profile figure sharing my point of view right now. 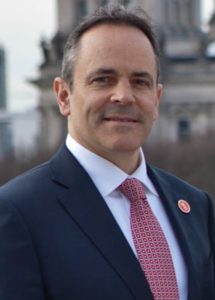 Commenting about the Parkland shooting, Governor Matt Bevin of Kentucky echoed my point. In an interview with the Cincinnati Enquirer, he said about video games:

Go back before any of this existed. How many children walked into other schools and slaughtered other children? What more evidence do you need? The people who say there is no evidence are full of crap.

Of course, when Bevin is not being ignored, he’s being castigated. In an essay published on The Verge, Laura Hudson wrote that Bevin was “casting about for scapegoats that can bear the terrible weight of blame for these crimes” and “reached down into the political grab bag of scapegoats to pin the blame on another familiar boogeyman: video games.”

When anti-gun zealots demand we “do something” about the violence, it’s obviously a dog whistle for gun confiscation. That will never happen, both from a legal and logistical standpoint. How about making guns less glamorous?

In our digital age, glamorization of guns resides at the end of one’s hand via their smartphones various gaming, video and music apps. It’s not the NRA pumping peoples’ adrenaline, it’s the entertainment industry. But they continue to deny their role – even the slightest involvement.

With addiction rehab so prevalent in La La Land, they should know the drill by now…

The first thing Hollywood needs to admit is that it has a problem with guns.

ConservativeBlog.org / May 24, 2022
Stacey Abrams has called voter integrity measures signed into law in Georgia in 2021 a “redux of Jim Crow,” but voting statistics from a week …
READ MORE

Investors Called to Oppose Discrimination at Meta, Twitter and Lowe’s

ConservativeBlog.org / May 20, 2022
Like the COVID-19 pandemic exposed parents to what their children were being taught while they weren’t watching, increased scrutiny of how government health experts have …
READ MORE
The National Center for Public Policy Research is a communications and research foundation supportive of a strong national defense and dedicated to providing free market solutions to today’s public policy problems. We believe that the principles of a free market, individual liberty and personal responsibility provide the greatest hope for meeting the challenges facing America in the 21st century.
Learn More About Us
Subscribe to Our Updates