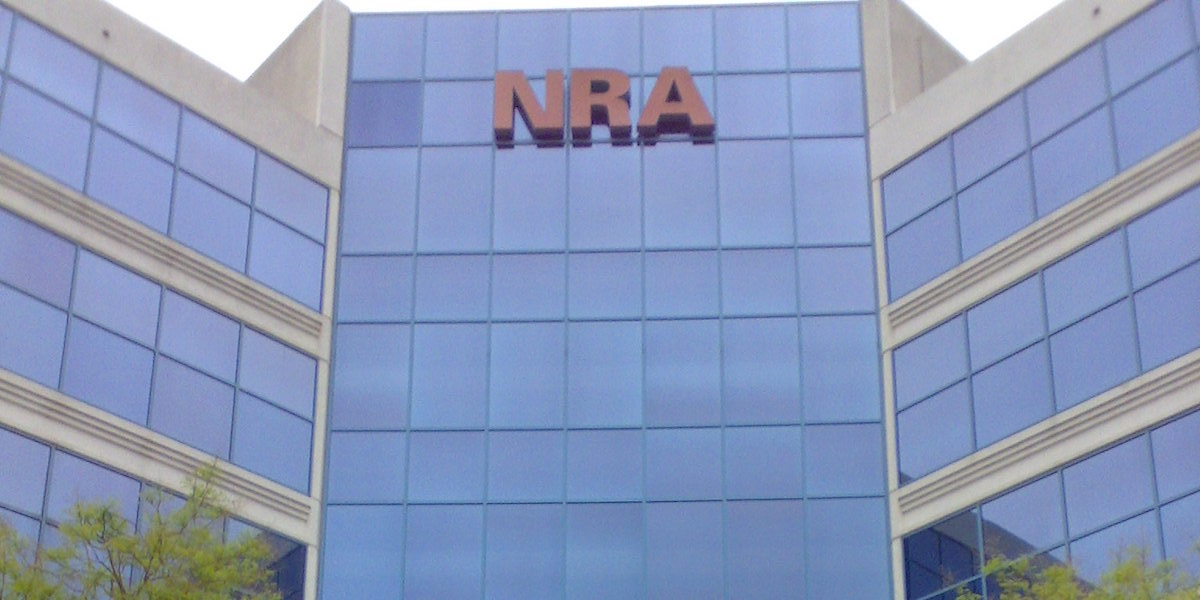 Anyone who watches CNN and MSNBC for even a few minutes these days knows the mainstream media is bent on destroying the National Rifle Association.

While the overt bias of the media may be helping the NRA to recruit new members, it cannot be ignored that the organization is under assault on another front that could deal a crippling blow to the organization and its efforts to protect Americans’ Second Amendment rights.

This assault comes from anti-gun zealots with the muscle of corporate America on their side. Perhaps no one has a better grasp of this tactic than Justin Danhof, Esq., the director of the National Center for Public Policy Research’s Free Enterprise Project. And this tactic is trained on more than just the NRA. In a recent commentary published by The Federalist, Justin wrote:

Most conservatives wrote off finding ideological balance at our nation’s colleges and universities long ago, ceding campuses to the left. If conservatives do the same with corporate America’s leftward lean, the boardroom will soon be little more than an extension of the academy. That’s the cost of silence.

In the wake of the Parkland, Florida school shooting, many businesses have disassociated themselves with the NRA on business arrangements including credit cards, travel discounts and other amenities. These arrangements helped promote membership and raise money for the NRA.

As the leftist logic goes, you cut off the funding and let the organization wither on the vine.

This assault is similar to the left’s ongoing campaign to get corporate America to defund the conservative American Legislative Exchange Council (ALEC). Why? ALEC is an effective champion of free enterprise. Liberals are cutting out the competition by cutting off its funding – and thus its ability to speak.

Right now, the anti-NRA spotlight is found on a major corporate holdout – FedEx. The company is under intense pressure to comply, and has issued criticism of the NRA that have some believing the company will inevitably fall into line.

Also on the agenda is potentially pressuring banks to use their power to make it harder to sell guns altogether. 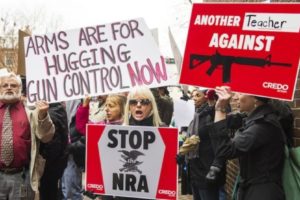 Chronicling how the left’s corporate pressure strategy works, Justin wrote in The Federalist:

It’s an all too common pattern. Liberal politicians and the media take up a cause. Left-wing activist groups mobilize to pressure corporations. Corporate America joins the fray, and their support is used to bolster and justify the cause. It’s a circular echo chamber, but it’s effective…

Corporate leaders are generally far more amenable to outside pressure than politicians. Liberals know this and have employed tremendous resources to influence corporate behavior over decades…. In a world where the squeaky wheel gets the grease, conservatives don’t make a peep.

And, as was shown with the ALEC example, it’s not just the NRA or the gunsellers targeted by the left and corporate America. As Justin pointed out, major corporations such as Coca-Cola, Apple, Google, Disney and Nike – to name just a few – have lent their names and resources to efforts that successfully led to:

I witness liberal activists wag the tail of the corporate dog with almost no pushback. Corporate leaders I engage with remark such liberal orthodoxy often goes unquestioned and unchallenged.

There’s hope for conservatives – if they’re willing to go to work. Corporate America’s drift to the left need not become a permanent residence. Justin explained how the FEP has fought for the free market and traditional values in front of CEOs and their boards, and how the average American can do the same:

Using shareholder resolutions and questioning CEOs directly at annual shareholder meetings, we have ripped a page from the left’s playbook and are having an impact. However, the playing field is still unevenly stacked in favor of liberal activist investors.

Conservatives that are offended by corporate America’s recent attacks on the NRA can push back just as we do at the Free Enterprise Project. NRA members and 2nd Amendment supporters should contact United, Delta, Hertz and every company that has disengaged and ended their relationship with the NRA. Executives need to hear from critical voices, not just praise from the mainstream media for kowtowing to the demands of the left.

To read Justin’s commentary, “In Gun Debate, Big Business Lines up yet Again as Left’s Guns for Hire,” in its entirety, click here.