ConservativeBlog.org
Posted at 15:15h in Blog by David Almasi

Making a case for the appeal of politicians without the most sterling character wasn’t the easiest assignment, but it’s what InsideSources wanted. 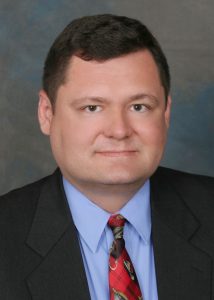 In my latest commentary – “Character Is Valued, but Policy Is Now Priority” – I argue:

In our increasingly polarized political environment, character is becoming a want instead of a need.

Consider that Roy Moore, a deeply flawed and scandal-plagued candidate, almost won an open Senate seat in Alabama last year. He got a lot of devout Christian votes, I contend, because his opponent, now U.S. Senator Doug Jones – was too liberal for them:

They considered the alternative. Within four months, the newly elected Jones has already been denounced by the Alabama state senate for voting against a proposed ban on abortions after five months of pregnancy. His first Senate speech called for greater restrictions on guns. Values voters undoubtedly held their noses as they voted for Moore over Jones.

People certainly must desire a more moral candidate. When they feel an existential threat, however, polls show they are willing to hold their nose and vote for the person they know will look out for them:

Evangelical Christians may desire candidates with moral character, but they ultimately want someone who will fight for them. A 2015 poll by the Barna Group, a Christian-oriented research organization, found evangelicals placed policy positions over character by a margin of 58 percent to 46 percent. The economy was as important to them as abortion.

Today’s political environment is not “Mr. Smith Goes to Washington.” There’s a 24/7 news cycle that’s very rough on candidates. There’s also plenty of opposition research and negative campaigning. It’s a different environment than even a few years ago. Slime and muck can be used to make even the most pious candidate seem tainted.

As a bonus, the InsideSources commentary even includes an insight into my own criteria for picking presidential candidates – and my wife’s as well.

To read the commentary in its entirety, click here.