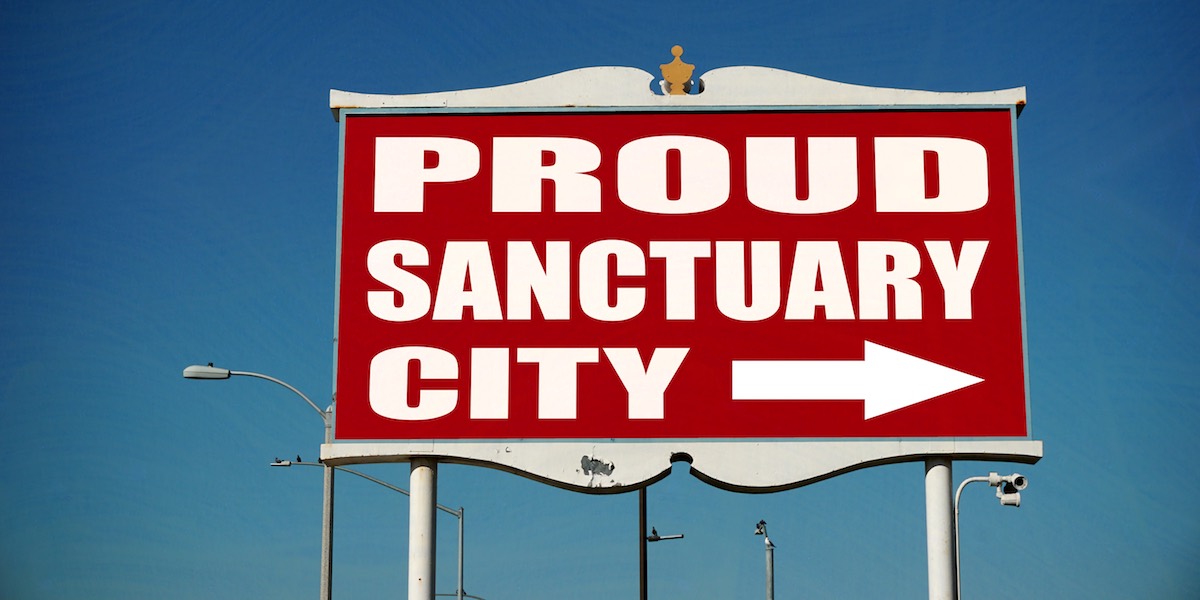 Drugmaker Claims to Have No Official Position on National Immigration Reform; Its Corporate Philanthropy Suggests Otherwise

According to research compiled by 2nd Vote, Pfizer is affiliated with both UnidosUs and the League of Latin American Citizens (LULAC), which work to promote sanctuary city policies. Pfizer is also listed as a top donor to the Human Rights Campaign, a strong opponent of free speech and religious liberty.

“When individuals choose to invest in Pfizer, they should assume those investments are going toward drug development and innovation which will yield a return on investment. It is very unlikely that investors expect their money to support sanctuary city policies and anti-religious bigotry,” said National Center General Counsel and FEP Director Justin Danhof, Esq., who attended today’s meeting and questioned Read.

At the meeting, Danhof explained this to Read, noting:

Pfizer is one of the top donors to the Human Rights Campaign. HRC is perhaps the nation’s leading opponent of religious liberty. HRC also works to dictate corporate philanthropy away from conservative and Christian organizations. I highly doubt that when someone invests their hard-earned money with Pfizer that they anticipate those funds will be used to try and root out Christianity and oppose religious liberty.

Pfizer also contributes to UnidosUS, formerly known as La Raza, and partners with the League of Latin American Citizens, or LULAC.  Both groups have openly lobbied for sanctuary city policies and essentially support amnesty for illegal aliens.

If these groups do not represent Pfizer’s position on immigration, then why would you fund them and what exactly is the company’s stance on immigration reform?

We are a free-market organization. We have never called for a boycott or tried to direct a company’s philanthropy. We just want to make sure that the company is actually informed about what these groups are doing. Can you explain to us investors why Pfizer is funding anti-religious bigotry and the promotion of sanctuary cities?

“Read responded that the company is involved with lots of organizations and that it may not agree with everything that each group does,” said Danhof. “The question that remains is what parts of UnidosUS and LULAC’s work align with Pfizer’s mission? These groups that work on amnesty and support the violation of federal law don’t seem to have much at all in common with achieving Pfizer’s medical goals or advancing the company’s fiduciary responsibility to its shareholders. Read needs to address that specific question which he dodged today.

“Read asked another Pfizer colleague to also address my question, and she proceeded to claim that Pfizer has no public position on immigration reform. She also discussed Pfizer’s work with the Human Rights Campaign (HRC), claiming that HRC and Pfizer are aligned on lots of issues and values,” continued Danhof. “That should be troubling to people of faith everywhere. HRC is a strong opponent of religious liberty and has rallied many corporations to support its causes and join its legal cases in opposition to religious freedom. Partnership with HRC should not be of value to Pfizer or any other company.”

A video of Danhof’s exchange with Pfizer’s executives is available here.

Today’s meeting marks the 13th shareholder meeting in which FEP has participated in 2018.