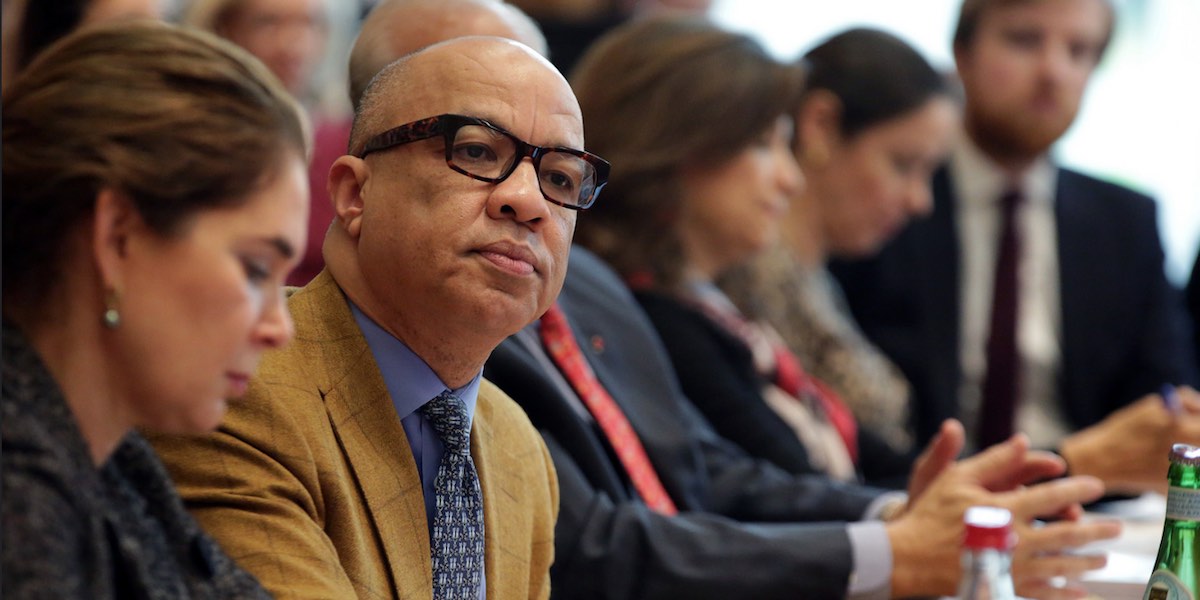 02 May 2018 What Business Does the President of the Far-Left Ford Foundation Have Serving as a Director of PepsiCo?

“It is unlikely that many PepsiCo investors were aware of Walker’s background and the extreme anti-capitalist work of the Ford Foundation. Today served as an educational opportunity for us,” said National Center General Counsel and FEP Director Justin Danhof, Esq., who attended today’s meeting held in the birthplace of Pepsi-Cola – New Bern, North Carolina – and questioned Nooyi. “The Ford Foundation grants money to some of the most disruptive forces in American society. It’s hard to see how Walker’s background in funding liberal extremism benefits PepsiCo or its investors.”

At the meeting, Danhof pointed out some of the more controversial groups receiving Ford Foundation grants. He noted:

[I]n 2017, the Ford Foundation gave the racial-focused group Color of Change $8.7 million. Color of Change is one of the groups that coordinated the attacks on PepsiCo and other members of the American Legislative Exchange Council (ALEC). If a company refused to leave ALEC, Color of Change threatened to air radio ads in the hometowns of all of their board members, blaming them for the death of black Florida teen Trayvon Martin. That’s because ALEC had worked on “stand your ground” legislation. While ALEC had nothing to do with the Florida law in question regarding Martin’s death, facts didn’t seem to matter to Color of Change. This was racial extortion to score political gain. If this were happening today, Color of Change may well be threatening to air ads in Mr. Walker’s hometown – all but accusing him of being a racist. That’s rich.

The Ford Foundation also gives millions of dollars to the National Resources Defense Council (NRDC). This group’s extremist environmental agenda, including work to eliminate plastics and pushing extra costs onto corporations, would likely see the removal of much of Pepsi’s packaging if successful. This would dramatically increase the price of company goods, thereby diminishing sales and shareholder value.

I encourage my fellow investors to take a look at the full roster of radical leftist causes sponsored by the Ford Foundation and ask yourself this: how do any of these causes improve society or America’s business environment? And Ms. Nooyi, what do Pepsi shareholders gain from Mr. Walker’s expertise in supporting racially-motivated groups that have falsely attacked corporations with extortion tactics and the funding of radical environmental special interests?

Danhof’s full question, as prepared for delivery, is available  here.

A video of Danhof’s exchange with Nooyi is available on YouTube.

“Nooyi indicated that what one person considers radical is what another considers to be right. It is hard to see any reasonable businessman considering racial extortion designed to defund free-market policy groups as being reasonable or right,” said Danhof. “If Walker has such strong business acumen that he is helping PepsiCo increase its return on investment, it must be an extremely well-guarded secret. Walker presently serves on no other boards of publicly-traded companies. Nor has he served on any other board in the last five years.” 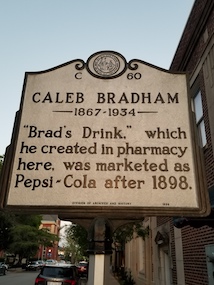 The historical sign in New Bern, NC commemorating the origin of Pepsi

Today’s meeting is the 15th FEP has participated in during the 2018 shareholder season.