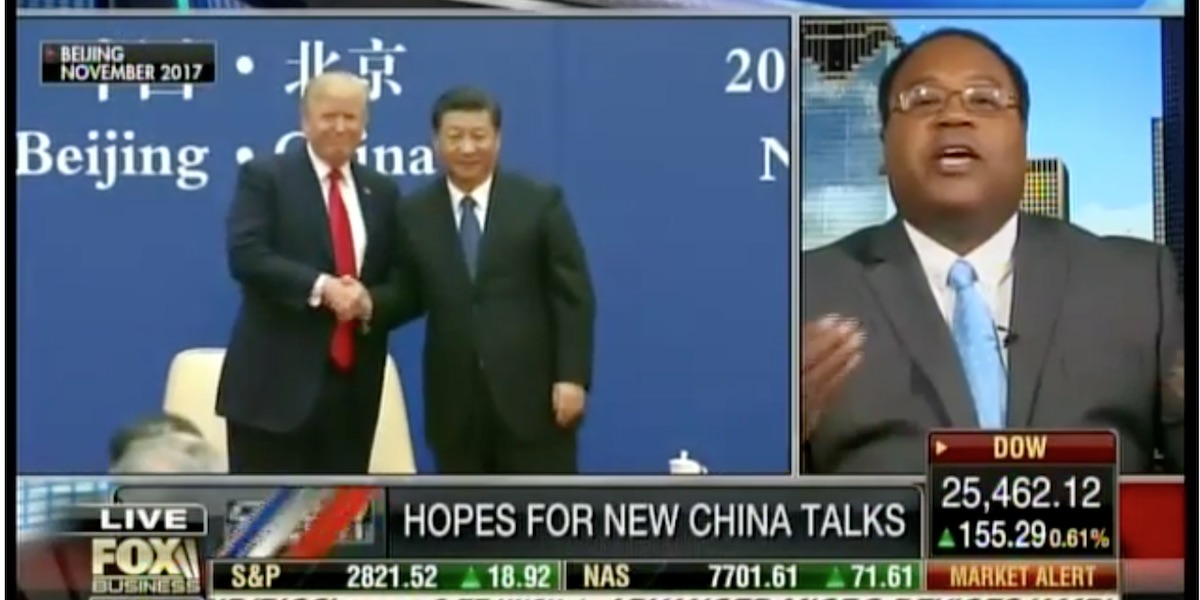 With rumors that the United States and China may be on the verge of new trade negotiations, National Center Senior Fellow Horace Cooper told Fox Business Network host Charles Payne:

It’s actually very popular with the American people that the President would like to reset the table with regard to our relationship.

As fears of a trade war with Europe are easing, investors also appear hopeful that similar concerns about a clash between the world’s two largest national economies will be averted. But Horace noted that President Donald Trump seems to mean business when it comes to American priorities for any new trading relationships regarding a government that hasn’t been an upstanding partner in the past:

The cheating. The stealing. The coercion has got to come to an end. We’re seeing the signs that is the case, and now – with our booming economy – it’s the perfect time for this negotiation to take place.

Questioned by Payne about whether China’s totalitarian regime lacks domestic pressure to alter its existing stance because of its one-party system, Horace pointed out that China’s lack of freedom is precisely why it may lose the upper hand at the negotiating table:

The Chinese government requires growth in order for it to perpetuate the dictatorship that runs that jurisdiction.

The circumstances in China are, since you don’t have… those solutions as tools to help guide you and steer you, you absolutely need to maintain the kind of growth that we aren’t truly seeing from China.

They have a reputation that this land of growth is sustainable and is ongoing. But it’s starting to look like it’s been a lot of hype. It’s been a lot of misleading representations. And these things create problems for the Chinese leadership.

China has tried to rally the American business community to its side, and may bring in former House Speaker John Boehner to assist their efforts, but Horace said that China is fighting an unpopular, uphill battle. China’s influence may not actually amount to much these days:

There are instances where the president of China can talk to the President of the United States directly about specific issues. And, in order to maintain a healthy relationship, you might see some responsiveness. But that’s not gonna be able to be a tool for every problem.

Broadly speaking, even top-dollar lobbyists aren’t going to be able to change the fact there isn’t overwhelming support – there isn’t even moderately high support in Congress or in the media or among the public – for a continuation of the policies that exist.