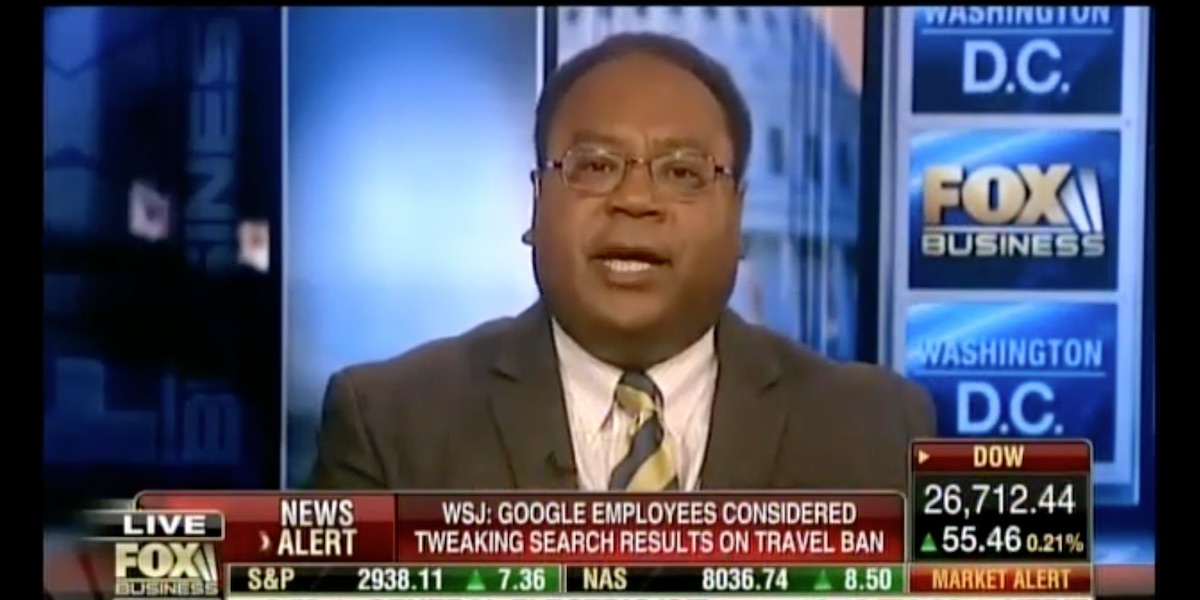 A new scandal involving the tech giant has National Center Senior Fellow Horace Cooper “very troubled.” He’s calling on company’s board to tear itself away from an obvious adherence to a hard-left agenda that he believes will ultimately be harmful to itself and consumers.

E-mails obtained by the Wall Street Journal indicate high-ranking Google staff contemplated changes to the company’s widely-used search engine that could have prejudiced results on the topic of immigration. While no action was apparently taken, the emails chronicled a discussion about the possibility of manipulating “islamophobic, algorithmically biased results from search terms ‘Islam,’ ‘Muslim,’ ’Iran,’ etc.” and “prejudiced, algorithmically biased search results from search terms `Mexico,’ `Hispanic,’ `Latino,’ etc.”

One executive reportedly replied being “very much in favor of Google stepping up,” asking others for input on “how partisan we want to be on this.” Another allegedly responded: “We’re absolutely in… Anything you need.” A company spokesman downplayed the emails as just a “brainstorm of ideas.”

Our organization, the National Center, and its Free Enterprise Project, has been really, really hammering hard on the importance of the leadership of the Alphabet corporation – that they show that they understand that we are a diverse country. And there are conservatives and there are moderates and there are liberals – and that they are supposed to prosper by serving us all.

It looks to me – and this story reveals – there’s not that much interest in serving us all. There appears to be an interest more in a narrow hard-left agenda.

That is ultimately going to reflect in the stock valuation and the willingness of Congress to engage in regulation.

I call upon their board: reconsider this course.

This year, Alphabet opposed a shareholder proposal, brought by the National Center’s Free Enterprise Project, to promote viewpoint diversity on its board of directors. As explained by FEP Director Justin Danhof, Esq.: “We designed our proposal to urge Alphabet to take a broader view of diversity and consider a candidate’s belief system. This would help Alphabet overcome its obvious liberal groupthink problem and lead to more creative problem solving.”

Alphabet’s leadership opposed the FEP proposal, but did accept demands for a new rule requiring interviews of at least one female and one underrepresented minority for each open board spot. Danhof said: “Alphabet’s leadership did the exact opposite of what we suggested. In adopting this affirmative-action-type policy for its board selection process, the company is really creating a system that’s racist and sexist.”

A recently released video of a post-election company meeting that was held shortly after the 2016 election shows Alphabet and Google executives profoundly dismayed by the election results. The email discussion reported on by the Wall Street Journal occurred around President Donald Trump’s January 2017 inauguration.