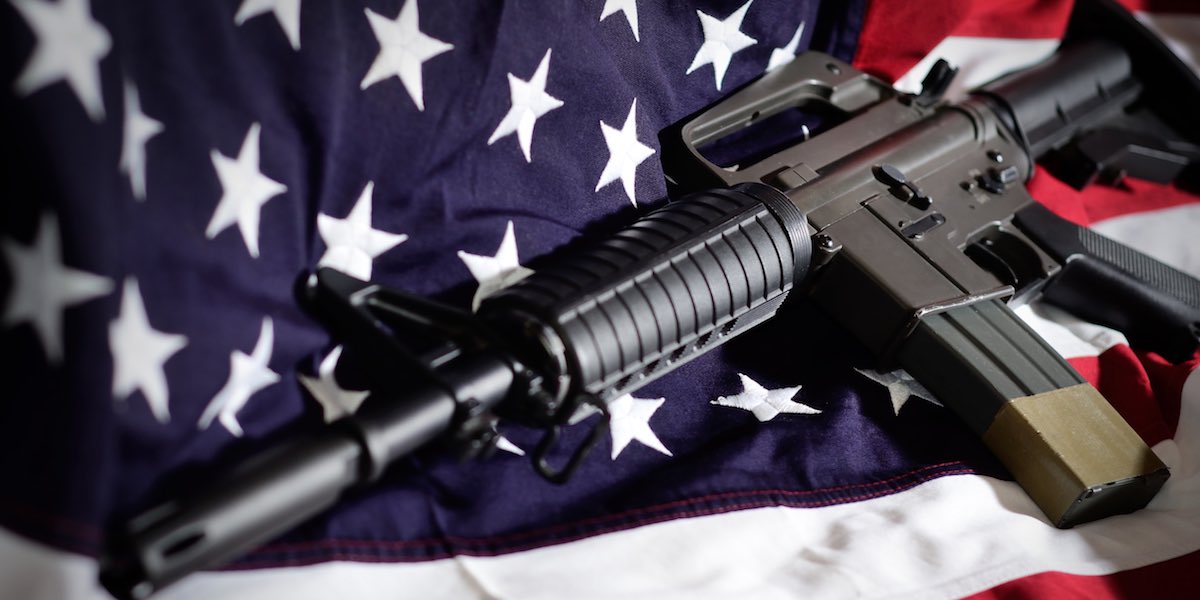 If I told you that a liberal billionaire couple was spending a small fortune to try to muzzle the National Rifle Association and erode Second Amendment rights, you might logically guess that they were from Hollywood or New York City. But you would be wrong.

The elitist couple is Laura and John Arnold. They are based in Houston. And they are coming for your guns.

The power couple behind the Laura and John Arnold Foundation has been quietly funding a broad array of leftist initiatives since opening their doors in 2008. Not as visible as socialist misanthrope George Soros or as vocal as radical environmentalist Tom Steyer, the Arnolds are equally as effective.

Since 2011, the Arnolds have disbursed more than $1 billion to fund causes such as abortion, single-payer health care and far-left “journalism” as well as efforts to defund conservative public policy organizations. Now they are laser-focused on gun reform.

In June, Laura Arnold penned an opinion piece for the Houston Chronicle in which she announced their strategy. She wrote:

“During the next five years, a $20 million investment from the Laura and John Arnold Foundation will support research into the causes of and solutions to gun violence in America. The RAND Corp., a non-partisan and widely respected research leader, is coordinating the effort. The foundation expects another $30 million in commitments from fellow philanthropic organizations to help fund this work.”

What the Arnolds are hoping most people will see is that they are partnering with the non-partisan RAND Corp. Non-partisan does not mean without bias, however. Like any corporation, RAND works off incentives. And the Arnold Foundation just gave RAND $20 million (potentially upward of $50 million) in incentive to conduct a study that comes to the Arnolds’ desired conclusions.

That leads to the question: Why?

Well, Arnold couldn’t help but expose her liberal partisanship in explaining why they were funding “non-partisan” research on guns. She vented that the research was necessary “because Congress more than two decades ago throttled federal funding for gun research, passing the so-called Dickey Amendment, named for Rep. Jay Dickey, an Arkansas Republican and dedicated National Rifle Association ally.”

Her explanation is, of course, hogwash. But it’s been a long-standing liberal trope to try to drum up support for anti-Second Amendment legislation. The federal government can indeed study gun issues. Furthermore, as NRA spokesman Lars Dalseide has explained, “Anyone who thinks there’s a lack of researchers studying firearms has been ignoring the headlines. While most are tainted with preconceived outcomes in search of supporting data, there is plenty of funding in that arena.”

He said that before the Arnolds announced their new project, yet his description aptly fits their efforts too. Dalseide may have been referencing former New York City Mayor Michael Bloomberg and his anti-NRA group, “Everytown for Gun Safety.”

Also spending upward of $50 million, Bloomberg has been taking on the NRA directly with a massive lobbying, marketing and astroturf movement. However, there is evidence that Bloomberg is actually hampering his own anti-constitutional efforts.

For example, in 2015, Bloomberg’s group targeted Maine with a massive operation to try to get the state legislature there to pass stringent gun legislation. His campaign backfired. In response to Bloomberg’s anti-gun push, Maine expanded its gun rights laws, becoming the sixth state to allow gun owners to carry concealed weapons without a permit. Evidence suggests that the anti-gun push failed in large part because Maine residents pushed back against Bloomberg’s big-city persona that seeks to instill far-left New York City values across the country.

That’s where the Arnolds come in. They are hoping to put on a “non-partisan” face to increase credibility for their gun control efforts. But it’s a facade.

The Arnolds have a long history of massively funding extremely liberal causes while throwing a few pennies to conservative organizations to work on non-controversial issues. They have worked tirelessly to look bipartisan, but it’s simply not true. I recently profiled the Arnolds in an Investor’s Business Daily article, noting, “the Arnolds — both through their foundation and their personal giving — are like mini-George Soroses. From abortion, to anti-Second Amendment work, to liberal ‘investigative’ journalism, to single-payer health care, the Arnolds fund the gamut of far-left causes.”

The late great Supreme Court Justice Antonin Scalia once wrote that “frequently an issue of this sort will come before the court clad, so to speak, in sheep’s clothing … this wolf comes as a wolf.”

The Arnold Foundation is presenting itself as a sheep, but now you know it’s a wolf. And that wolf wants to take your guns. Don’t let it.

Justin Danhof is the general counsel for the National Center for Public Policy Research as well as director of the center’s Free Enterprise Project. This piece originally appeared on InsideSources.com.